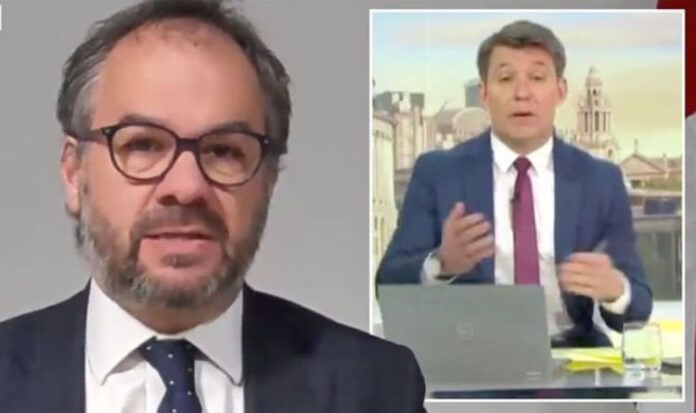 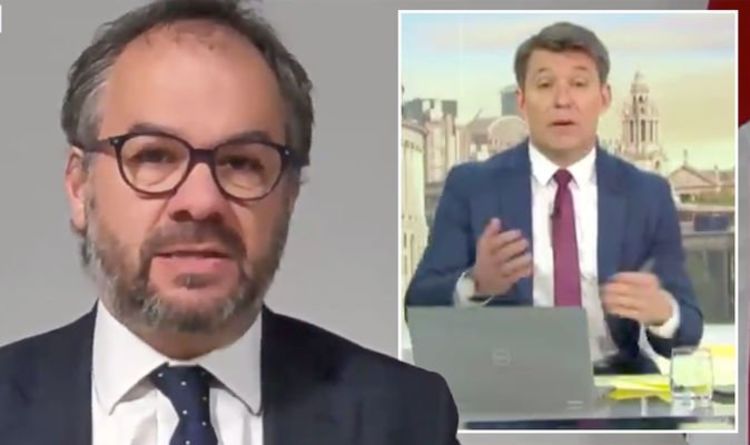 As pressure continues to build on the government following its proposed plans for a one percent pay rise for NHS workers, Good Morning Britain host Ben Shephard was keen to hear Business Minister Paul Scully’s thoughts. Accompanied by Kate Garraway, the ITV presenting pair put Mr Scully on the spot as they demanded answers on a possible U-turn on the matter, as well as the minister’s own personal opinion on the move.

The fiery GMB debate kicked off as Mr Scully outlined why and how the government had landed on the figure.

“What the government have done,” Mr Scully began. “Is they’ve looked at the public finances and said: ‘Here’s one percent that we think we can afford as a country’.”

The MP then mentioned how these findings go to the Independent Pay Review who will then report their verdict in a few month’s time.

But Shephard wasn’t exactly satisfied with the answer as he cut in to quiz about a possible U-turn.

Defending the government’s decision further and referring back to 2017 when a similar process played out, Mr Scully continued: “You’ve seen the lowest paid nurses over the last pay period getting a 12.5 percent pay rise over that period.

“What we’ve done is we’ve also again concreted on the lowest-paid people in the public sector to make sure they get at least a #250 a year pay rise to make sure those people are looked after.

“But the Pay Review Board will report back,” he concluded.

Again, Shephard was far from happy with the response and decided to get Mr Scully’s own personal view.

“Are you personally – would like to see them upscale it and review it from one percent?” Shephard asked.

Mr Scully replied: “I want to make sure that, first of all, we have a good reward for our nurses (and) our doctors who continue to do amazing work with the NHS -“

However, before finishing his answer, Shephard cut him off to interrupt: “So yes or no?”

Undeterred, the Business Minister continued: “They can have a career progression for them as well, so sufficient funding into their salaries that they can actually move through the pay scales as well.”

Ben Shephard in fiery U-turn debate with Scully over NHS pay rise ‘It’s a yes or no!’