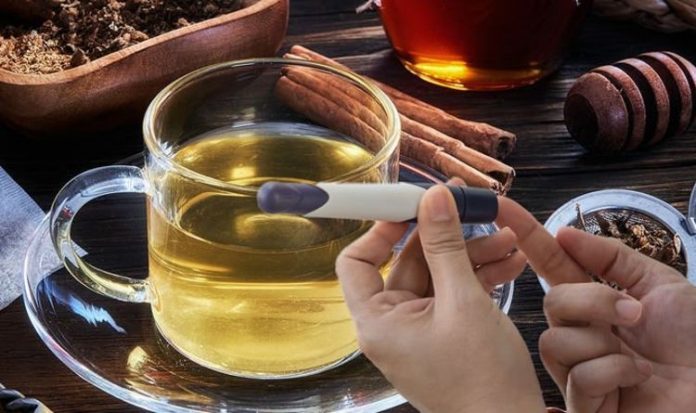 The pancreas secretes a hormone called insulin and the primary role of this process is to regulate blood sugar levels. However, if you have type 2 diabetes, this mechanism does not function properly. The result? Unruly blood sugar levels, which, if left untreated, can cause all manner of complications.

Blood sugar levels spike after eating but you can bring them back under control by drinking chamomile tea, an Iranian study has found.

The study, published in the journal Nutrition, found that drinking three cups of camomile tea a day could improve control of blood glucose (sugar) levels in people with type 2 diabetes.

Researchers from Tabriz University of Medical Sciences aimed to investigate how the effects of camomile tea would affect glycemic control and antioxidant levels in type 2 subjects.

Antioxidants are chemicals that protect or delay against cell damage.

The researchers in the study concluded that camomile tea could be useful in reducing diabetes risk factors.

They added: “Short-term intake of chamomile tea has beneficial effects on glycemic control and antioxidant status in patients with type 2 diabetes.”

However, the researchers noted that a larger sample population and a longer intervention period would be necessary in order to demonstrate significant clinical improvements.

As a general rule, you should go easy on certain carbohydrates because carbs are broken down quickly by your body and cause a rapid increase in blood glucose.

Low or medium GI foods are broken down more slowly and cause a gradual rise in blood sugar levels over time. They include some fruit and vegetables, pulses and wholegrain foods, such as porridge oats.

Many people have type 2 diabetes without realising. This is because symptoms do not necessarily make you feel unwell.

Symptoms of type 2 diabetes include:

How to stop feeling sick after drinking: 4 proven hangover cures