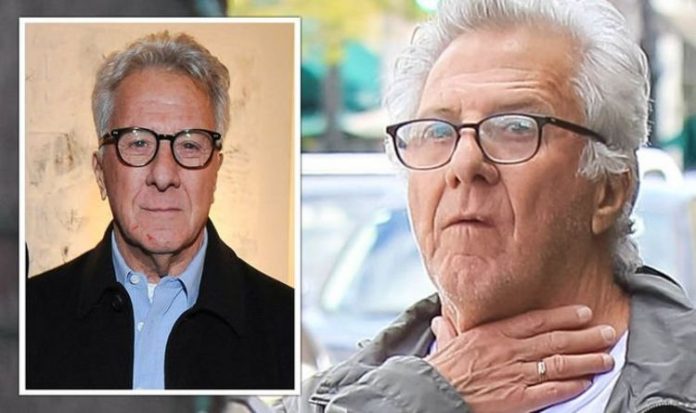 Little is known about the Hollywood actor’s cancer, including how he was diagnosed, but a statement released by his representative Jodi Gottlieb back in 2013, revealed that the actor had received successful treatment for throat cancer. The two-time Oscar winner then had to undergo further treatment to ensure that the deadly disease did not return.

Jodi continued to add that the actor was “feeling great and in good health,” after his battle with cancer.

After his diagnosis the star was seen looking healthy and in good spirits while in Los Angeles, where he continued to work on his next project Chef, a comedy featuring Robert Downey Jr and Sofia Vergara that was released in 2014.

The Mayo Clinic explains that throat cancer often develops in your pharynx or larynx, the former being your throat and the latter your voice box.

Medical professionals do not tend to use the term “throat cancer,” due to the different structures and areas within the area.

However, most throat cancers involve the same types of cells, specific terms are only used to differentiate the part of the throat affected and where the cancer originated.

Types of throat cancer include:

The symptoms of throat cancer are often similar to symptoms of other much less serious conditions, like the common cold or flu.

Cancer Research UK explains that symptoms to look out for include ear pain, sore throat and a lump in the neck.

Other symptoms that can develop as the disease worsens includes:

Although the condition can affect anyone, Cancer Research goes on to explain that an individual’s risk increases with age – there are very few cases of throat cancer in people under 40 years of age.

Gender, smoking and drinking alcohol are also factors that can increase not only your risk of throat cancer, but some other cancers as well.

The International Agency for Research on Cancer (IARC) have also released evidence to suggest a link between exposure to certain substances and the risk of laryngeal cancer:

Treatment options are based on many factors but commonly, radiotherapy and chemotherapy are used to target and kill cancer cells.

If the cancer is advanced, a combination of surgery to remove part or all of the larynx, radiotherapy and chemotherapy can be used. However, after the removal of your larynx individuals will no longer be able to speak or breathe in the usual way.

Instead, individuals will breathe through a permanent hole in their neck, known as a stoma, and will need additional treatment to help with speech and language.

Fortunately, like Dustin, most cancers are caught and treated early. The NHS explains that about 65 out of 100 people will live for five years or more after diagnosis, and 55 for more than 10.

Diabetes type 2: Experiencing polyuria when you go to the toilet...