Elvis Presley had an incredible car collection, with many of his vehicles being on display at Graceland to this day. Perhaps the most famous is his 1956 purple Cadillac Eldorado. Now in a new video with Graceland archivist, Angie Marchese, secrets surrounding Elvis’ car have been revealed.

Appearing in a new video on the Graceland Instagram account, Angie stood by the impressive car and said: “This is the 1956 Cadillac Eldorado.

“It’s got a really great story because Elvis buys this car, not here in Memphis, but in Texas.

“He actually flies him and his girlfriend at the time, June Juanico, from Memphis to Texas, under the name Clint Reno from Love Me Tender.

“And then buys this car in Houston and then drives it back here to Memphis.”

Graceland was shut for two months at the beginning of the lockdown.

But now Elvis’ home is open to the public again with social distancing and a limited capacity in place.

The Memphis Mansion was left by Elvis to his only child Lisa Marie Presley, when he died in 1977.

Five years later Graceland was opened as a museum to the public and is now the second most-visited home in the US after the White House.

Of course, not all of Graceland is open to the public, with upstairs being totally off-limits.

The reason being that this was Elvis’ private area when he was alive and now only Lisa Marie and her family can go up there.

However, Graceland archivist Angie is allowed up there as it’s her job to preserve Elvis’ bedroom and the other rooms.

Graceland’s upstairs is kept like Elvis just up and left, right down to the final record he played resting on his record player. 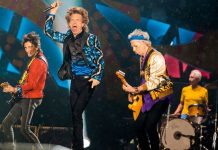 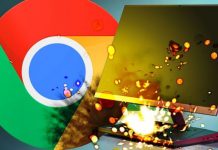 Google Chrome users need to know about this feature to keep... 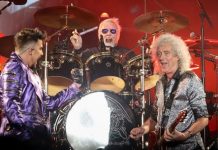