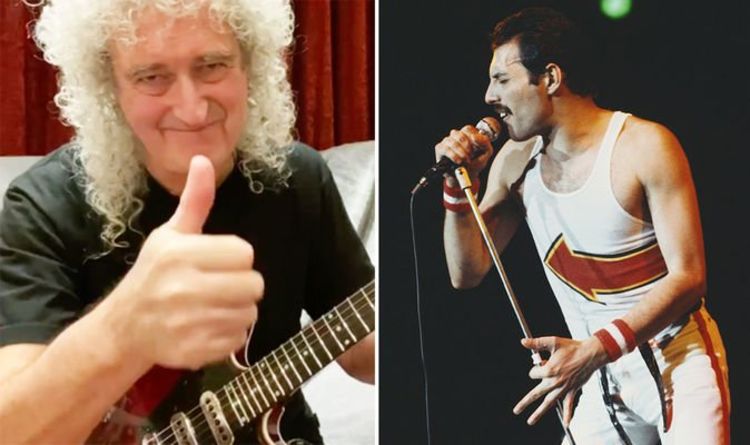 Freddie Mercury’s ‘UNFORGETTABLE’ The Show Must Go On recording: Brian May on his tenacity

The Queen guitarist continued: “I finished mapping out the song, sang the whole thing as a demo, including the added ‘Wings of Butterflies’ section, which somehow appeared in my head very late one night, and I played it to him when he was next in the studio.

“The melody called for some very demanding top notes, and I’d only been able to ‘demo’ them in falsetto.

“I said to Freddie, ‘I don’t want you strain yourself – this stuff isn’t going to be easy in full voice, even for you!’