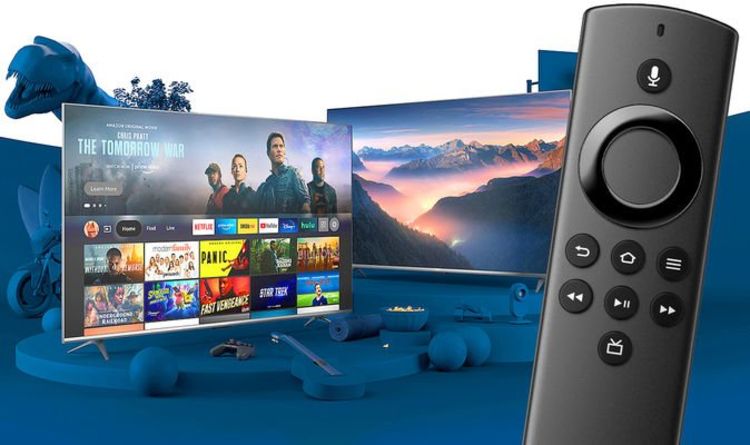 Looking for something new to watch this Christmas? Amazon has come to the rescue with a blockbuster discount to its popular Fire TV Stick, which has now plunged below £15 in the latest festive sales event. For £14.99, you’ll get the excellent Fire TV Stick Lite, which boasts access to the vast library of streaming apps and games available for Fire OS, clever AI assistant Alexa to switch between channels, find movies from a specific director or starring a favourite actor, as well as check on live footage from Ring doorbells, order takeaways, control smart lights and more. Compared to the pricier Fire TV gadgets available from Amazon (these top out at an expensive £109.99 for the Fire TV Cube), you’ll be limited to 1080p High Definition streaming and there are no universal controls on the bundled remote to adjust the volume of your TV speakers or paired sound system.

If you don’t have an Ultra HD 4K television, that shouldn’t be an issue. Also, it’s worth remembering that while Disney+, Apple TV+ and Prime Video throw-in 4K picture quality as part of the standard monthly subscription fee, Netflix charges extra for the privilege. If you don’t want to spend as much as £13.99 a month (compared to the standard £9.99 plan) to binge your boxsets and movies in 4K, then this Fire TV Stick is perfect for you.

Amazon has amassed a vast selection of apps and games for its popular streaming gadgets, from the likes of BBC iPlayer, BritBox, ITV Hub, YouTube, Netflix, NOW, Apple TV+, All 4, Disney+, and of course, Prime Video… there’s no shortage of things to watch. Prime Video Channels allow you to binge content from smaller providers, like horror-obsessed streaming service Shudder, without going through the hassle of setting up a new account, creating a password, remembering to cancel your free trial… instead, Amazon handles all of the signing in malarkey using your existing account and (if you do decide to continue subscribing) you’ll be billed on your stored Amazon credit or debit card. Nifty!

Fire OS will keep tabs on what you’ve been watching across a range of streaming services and makes intelligent recommendations. Loved a romantic-comedy on Prime Video? It will showcase a brand-new boxset with a similar tone, or actor, that has arrived on Netflix. There are also shortcuts to live sport coverage for those who want to watch the latest Premier League, rugby or tennis fixtures from Amazon.

Buying direct from Amazon, Prime members will get next-day delivery for free. You can also ask Amazon to set up the streaming gadget with the account used to purchase the Fire TV Stick – saving you the hassle of entering email addresses and the like when you first plug the gadget into the back of your telly. This service isn’t available from other high street retailers, like Argos, John Lewis and more.

If you haven’t already got the means to stream from the likes of BBC iPlayer, Netflix, Disney+, and many more – there’s never been a better time. Just a few days ago, the Beeb announced that an influx of new content will arrive in the coming weeks to help its streaming service compete with US rivals, including Amazon’s Prime Video, Disney+ and Netflix. The BBC hopes that a record 1,000 boxsets available to stream at the touch of a button – all accessible for free to anyone who pays their TV licence – will enable iPlayer to compete during the increasingly competitive festive period.

In recent years, there has been a steady shift away from traditional terrestrial channels on Christmas, with viewers increasingly tempted to look elsewhere.

Netflix, Prime Video and Disney+ have all sought to capitalise on this trend by launching exciting new films and series on this key date. Last year, Disney+ rolled out the latest film from Pixar Studios, Soul, which had its theatrical release cut due to the pandemic on December 25, while this year, Netflix has scheduled an impressive 23 Christmas-themed films and shows between now and the big day. This line-up includes new family-friendly films from Wallace and Gromit animation studio Aardman, a new interior design competition show, entitled Blown Away: Christmas, hosted by Queer Eye‘s Bobby Berk, and the third entry in the popular Princess Switch series, starring High School Musical alumni Vanessa Hudgens. Prime Video has bought the exclusive rights to the latest Guy Ritchie thriller (Wrath of Man) and Disney+ is poised to launch the latest in its ever-growing list of Star Wars spin-offs and musical animation Encanto which was created by Hamilton writer Lin-Manuel Miranda.

The Beeb is looking to tempt viewers back to its streaming service, which is available on smartphones, tablets, Smart TVs, a bevvy of games consoles and set-top boxes, including Roku, Sky Q, Sky Glass, Apple TV, and Amazon’s popular Fire TV devices with some of its biggest original shows, including Vigil and Line of Duty. These hit dramas, which some people might’ve missed throughout the year, will be available to binge-watch over the festive period.

Of course, it’s not all recycled critically-acclaimed thrillers, there will also be a host of new festive shows, including Around The World In 80 Days, which sees David Tennant star as Phileas Fogg and boasts the talents of Ashley Pharoah (Life Of Mars) as showrunner. While The Girl Before is a psychological thriller about a woman who moves into a strange ultra-minimalist house with a strict list of rules, all designed by an enigmatic architect. The four-part series is based on a book of the same name, which has sold over one million copies since its publication in 2016.

Just like Netflix and Prime Video, BBC iPlayer will also have a steady stream of Hollywood blockbusters for those who want to enjoy a movie night over the festive period. Steven Spielberg’s Ready Player One, a Marvel double-bill of Spider-Man: Far From Home and Spider-Man: Homecoming, and Blade Runner 2049, which stars Harrison Ford and Ryan Gosling, will all arrive on iPlayer throughout the crucial Christmas period.

Of course, iPlayer will be updated as new shows air on the BBC’s terrestrial channels, with specials of Mrs Brown’s Boys, Strictly Come Dancing, Call The Midwife and EastEnders all planned. Meanwhile, BBC One has two new David Attenborough documentaries films that will be available to stream online and watch via Freeview, Sky, Virgin Media and more.