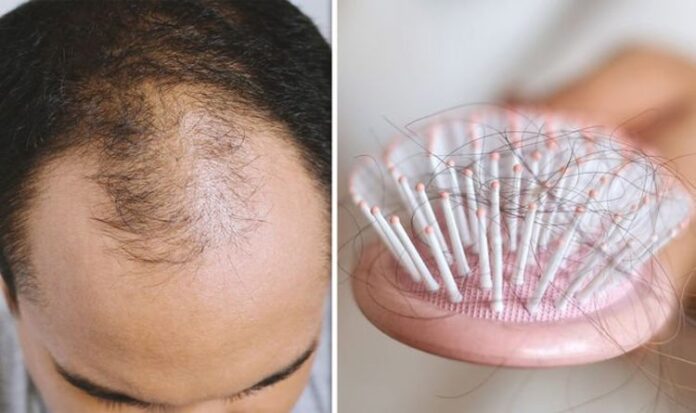 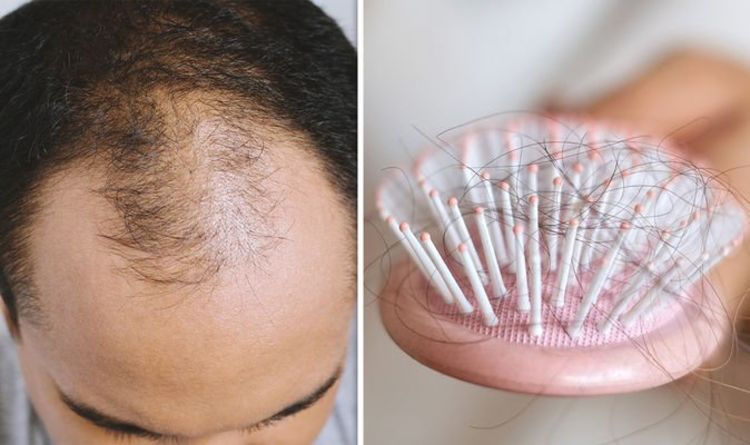 MedlinePlus stated: “Hair is lost in a well-defined pattern.” In men with male-pattern baldness, the hair loss begins above both temples.

Over time, the hairline recedes to form a characteristic “M” shape, and hair also thins at the crown (the top of the head).

Eventually, this form of hair loss will progress to partial or complete baldness.

Out of the 40 participants, 36 completed the trial – 19 of whom were in the laser group while 17 were in the sham group.

By week 24, those treated with low-level laser therapy had “significantly superior” hair density and diameter compared to the sham group.

Although it’s a small sample size, with no long-term follow-up data, the researchers concluded that light therapy was “an effective treatment option for androgenic alopecia”.

The MHR Clinic regard low-level laser therapy as a “safe and effective hair growth treatment for men and women”.

However, it’s “most successful when combines with medicines and DHT-blocking lotions and shampoos”.

The clinic assured that the average power levels and light spectrum used by the laser “doesn’t allow heat-damage or carcinogenic (cancer-causing) effects”.

How does low-level laser therapy work?

MHR Clinic explained: “Low-level laser therapy directs photons from between 800 and 860 nanometres on the light spectrum at a person’s scalp.”

ATP then converts to adenosine monophosphate (AMP) inside the hair follicle.

This results in keratin content in the hair to increase “by up to 30 percent”.

The MHR clinic added: “Low-level laser therapy contributes to the reversal of genetic male and female pattern baldness and the generation of a new (anagen) growth phase in your hair.”

Vitamin D supplements: The ‘harmful’ sign when you go to the...

Hypertension diet: The vegetable you should eat every day to lower...