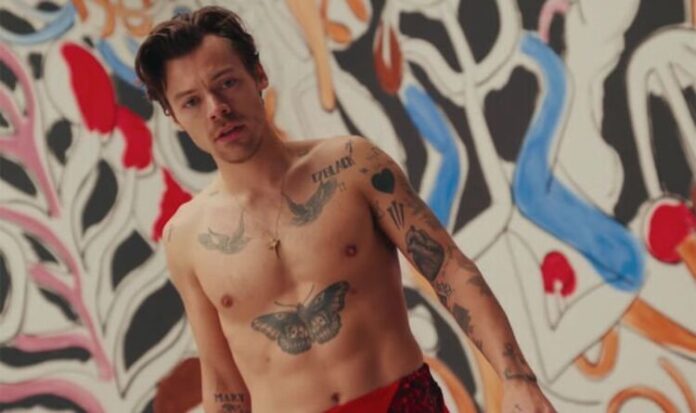 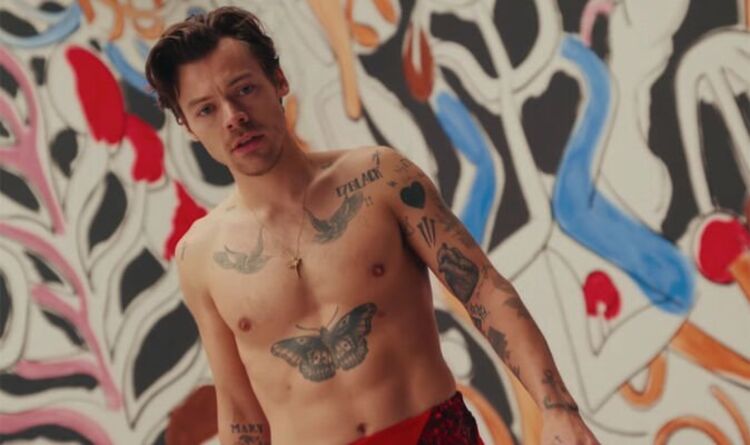 The latest single from Harry Styles has long been anticipated. The former One Direction star last released new music back in 2019 with his second studio album Fine Line. The record has since gone multi-platinum and won a Grammy Award.

Today marks the first step into Harry’s next musical adventure with As It Was. And it seems to cut deep into his emotions.

The music video to As It Was follows Harry struggling to deal with life as a celebrity. He steps through crowds unknown while underneath he wears a glitzy leotard, making him vastly different from those around him.

At the same time, he struggles to “keep up” with a woman on a circular treadmill.

The lyrics seem to reflect how the star has been struggling with a relationship or relationships. One chorus has him croon: “Nothin’ to say / And everything gets in the way / Seems you cannot be replaced / And I’m the one who will stay.” He later adds: “In this world, it’s just us / You know it’s not the same as it was.”

Harry also makes a blatant reference to his girlfriend Olivia Wilde in the song’s later verse.

In As It Was Harry seemingly references returning to the UK without Olivia (who lives in New York).

Harry also delved deep into his own psyche for the love-letter track.

The 28-year-old sings candidly about his struggles of being alone. He echoes through the track: “Answer the phone / ‘Harry, you’re no good alone / Why are you sitting at home on the floor? / What kind of pills are you on?’ / Ringin’ the bell / And nobody’s coming to help.”

As It Was is an open book for Harry lovers, and it seems as if he has no qualms about revealing how he really feels.

Harry announced earlier this month that his third studio album, Harry’s House, will hit store shelves and digital streaming services on May 20.

The Watermelon Sugar singer dropped the news alongside the album cover on his social media accounts. He also opened up a new Instagram persona chocked full of easter eggs about what is to come next.

Harry Styles: As It Was details loneliness struggles and Olivia Wilde relationship