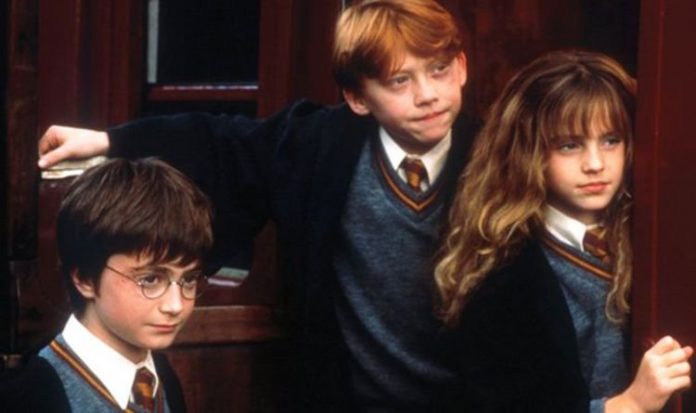 The Harry Potter film franchise has been littered with huge British and Irish Hollywood stars, who have shared tons of amazing stories from their time on set together. As the 20th anniversary reunion Return to Hogwarts streams this month on NOW and HBO Max, the actors who took part shared their laughs and tears, especially of their co-stars who have since died. But not all those living took part in the programme, including Madame Hooch actress Zoë Wanamaker, who has shared some gems from behind-the-scenes elsewhere.

Wanamaker famously only played the Quidditch instructor in the first movie, Harry Potter and the Philosopher’s Stone, lamenting what she felt was insubstantial pay.

Other Hogwarts teacher stars signed on for three movies but she only agreed to one and didn’t return, feeling “insulted” at the “terrible” paycheque.

Nevertheless, the My Family star has fond memories of being on set with Professor McGonagall actress Maggie Smith and the original Albus Dumbledore, the “naughty” Richard Harris.

During one startling encounter, Wanamaker remembered how the late Irish hell-raiser fumed after some infuriating news from one of the crew members.

Speaking with The Independent, Wanamaker said: “You come across so many extraordinary people in this business and he was one of them. There was a day where me and Maggie Smith were sat in the makeup room doing crosswords and having a gossip when Richard comes in, in full costume and just falls asleep. Because he had the long hair and the beard, we tied it all up with little bows.

“Cut to about 4pm and one of the assistant directors comes in to say they were wrapping for the day because the kids can only work so many hours. Richard’s eyes open and he slowly lifts himself out the chair and he just screams ‘WHAT!’ in full costume. He was so p***ed off. I could not stop laughing.”

Harris only played Dumbledore in the first movie and sequel Harry Potter and the Chamber of Secrets, before his death at 72.

The Hollywood legend was set to reprise the Hogwarts headmaster in third movie Prisoner of Azkaban and staunchly told director Christopher Columbus he’d kill him if he was recast.

Columbus shared how even in his final days, Harris’ incredible wit was still at full capacity. The director of the first two Harry Potter movies said: “One of the naughtiest men. With a devilish sense of humour. Quite the prankster too. I remember, near the end of his life, he was carried out of the Savoy Hotel on a stretcher and as he passed this long line of people waiting to get into the restaurant, he started shouting “it was the food, it was the food”. A truly hilarious man.”

A heavy consumer of alcohol throughout his life, the Dumbledore star gave up spirits in his later years, saying “beer isn’t drinking”.

Filch star David Bradley remembered being invited for a pint with Harris at the Savoy, where he was living. However, he discovered from the barman that the star had been taken to hospital and died just a few days later.

Columbus added: “The sad thing is, I visited him in hospital a few days before he passed away and he told me, “If you recast me, I’ll f***ing kill you.” I didn’t think I had anything to worry about, I thought he was going to be okay. No one had any idea how sick he was. Five days later, he passed away.” It also turns out Harris had been writing his autobiography on his death bed, claiming he would “name names”.

Speaking with The Hollywood Reporter, Columbus said Harris told him: “When this gets out, people are going to see all of the stories. I’m naming names.’ I thought, ‘This is going to be a great biography.’ Obviously, it’s never seen the light of day after he passed away.”

Harris had been diagnosed with Hodgkin’s disease in August 2002, after being hospitalised with pneumonia. He died at University College Hospital in Bloomsbury, London on October 25, 2002 days before Harry Potter and the Chamber of Secrets hit cinemas.

Having been a lifelong friend of Peter O’Toole, his dying wish was that the Laurence of Arabia star would replace him as Dumbledore. However, there was concern about insuring him for the next six movies due to his advancing age.

O’Toole died in 2013, so he could actually have seen out the rest of the Harry Potter movies. But in the end, Michael Gambon was cast as the Hogwarts headmaster.

‘He screamed! He was so p***ed off’ Major Harry Potter star’s behind-the-scenes explosion