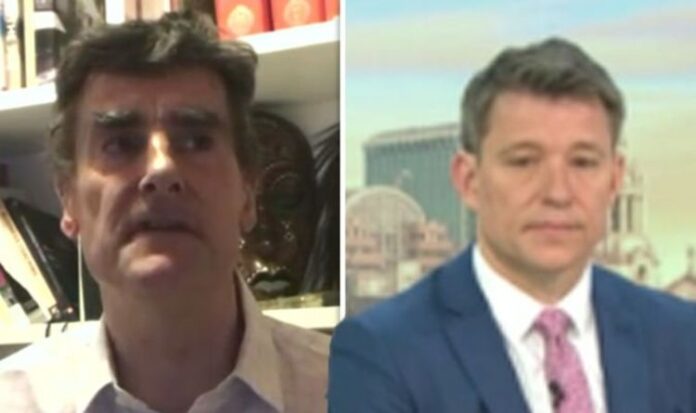 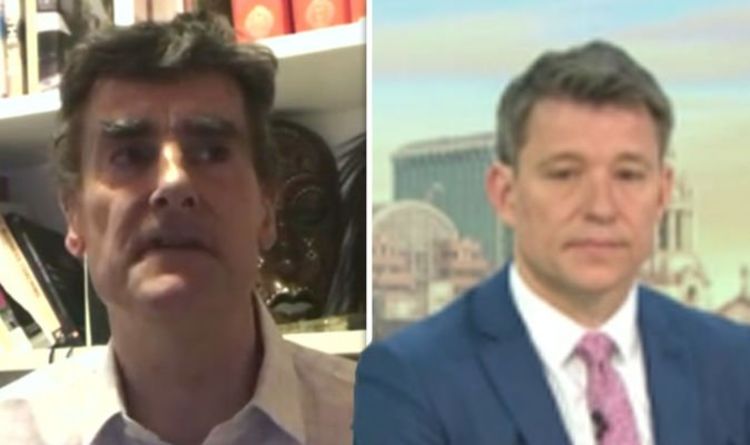 Ben Shephard and Susanna Reid welcomed Professor Jeremy Brown on to Good Morning Britain today to discuss the safety of the AstraZeneca vaccine and whether European leaders are using the jab to make a political statement. Although the Professor admitted he “struggled” to work out why countries had discontinued the vaccine, he dismissed the issue had been politicised.

Ben asked: “Professor Brown do you think this has been politicised? That the Europeans are using this as an excuse because their rollout has been so slow. There is huge hesitancy on the continent as well.

“So when it comes back to looking they will say, ‘We had to suspend the delivery of the vaccine of AstraZeneca until we could be clear there was no link to blood clots.’”

“I can’t believe that the individual agencies in those countries are making political decisions,” the Professor replied.

“That’s not how these agencies should behave. Also, it doesn’t make any logical sense either, does it?”