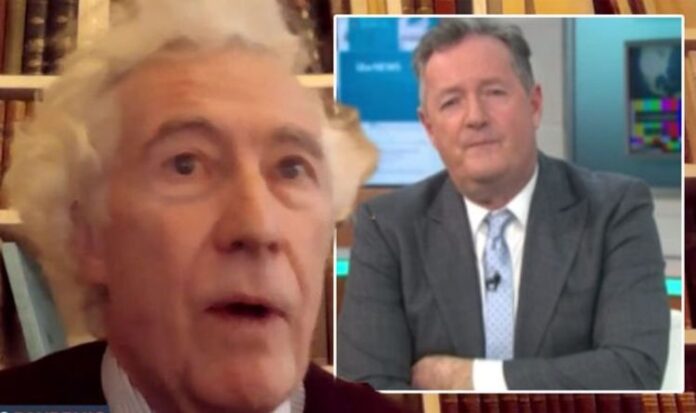 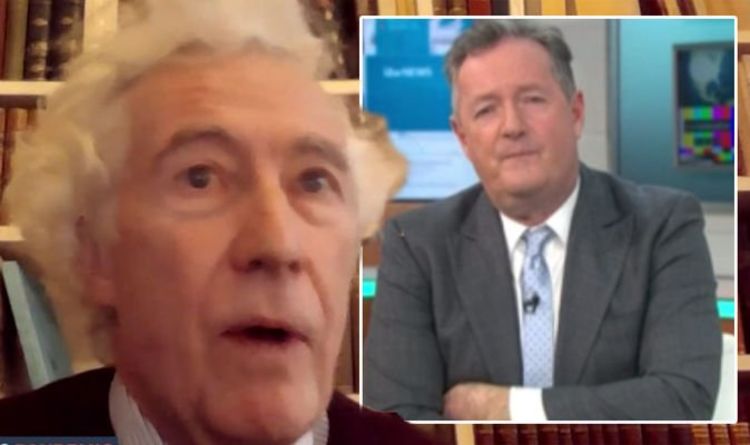 Lord Sumption joined Piers Morgan and Susanna Reid on Good Morning Britain today to discuss his stance on the current lockdown measures in place in the UK as well as his recent appearance on BBC’s The Big Questions. During his appearance on the BBC programme earlier this week, Lord Sumption caused controversy after suggesting certain lives have “less value” than others when it comes to “health economics”, something Piers was keen to put to him today.

However, Lord Sumption grew tired of the GMB host’s line of questioning, refusing to answer any further questions on the topic and even threatening to end the interview early.

The row began when Piers asked Lord Sumption to clarify his comments made on The Big Questions towards guest Deborah James, stating: “It looks like you’re telling a quite young woman who has stage four cancer that her life is somehow less valuable than anyone else’s.”

Lord Sumption firmly defended his comments: “I was not saying anything of the sort.

“One of the problems is we were talking across each other – I was certainly not making any comment on her or her health position.”

He added: “I was making a perfectly simple point and the context clearly shows, every policymaker has got to make difficult choices.

“Sometimes that involves putting a value on human life. It’s a standard concept in health economics.”

However, Piers was clearly not as on board with Lord Sumption’s stance as he was, forcing the latter to snap: “You’re not listening to what I’m saying, I have not said she has less value as a person.”

Piers interrupted Lord Sumption: “Sorry to pick you up on this but you reiterated yesterday you said older people have less value.”

Lord Sumption then slammed GMB for veering away from what he claimed was the reason he was brought onto the show.

However, Piers stood firm: “Okay, well before you go off, let me just remind you, Lord Sumption, it is you who used the word ‘value’.