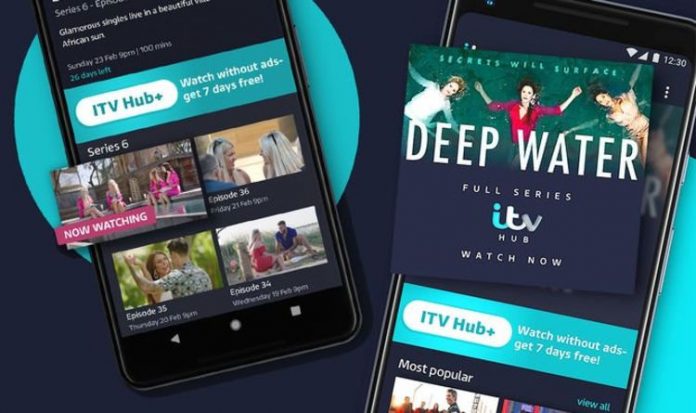 ITV Hub has enjoyed its most successful year on record, ITV has announced. The streaming service allows viewers to watch ITV’s terrestrial channels live over a Wi-Fi or 4G connection as well as catch-up on previously-aired episodes, films, and entire boxsets. ITV Hub is available on a wide range of devices, including smartphones and Sky Q.

The feverishly-anticipated return of Love Island and Euros 2020 helped to boost ITV Hub to more than 1.5 billion streams – an increase of 26 percent year-on-year. ITV Hub users have grown by a fifth in the last year, with at least 100 million streams recorded each month this year, with December on track to reach the same milestone.

In the last year, ITV has more than doubled the amount of content available on its streaming platform. Over the crucial Christmas period, ITV plans to release episodes of its most popular programmes at 7am – several hours before the show is due to be broadcast on ITV’s linear channels. This is a dramatic shake-up for ITV Hub, which started out as a way to catch-up on shows that had previously aired, and will now pivot to the primary destination for those who can’t wait a few more hours for the next episode of a must-watch series.

ITV Managing Director For On Demand Rufus Radcliffe said: “2021 has been a terrific year of growth for ITV Hub. Whether it’s binge-watching drama, live streaming sport, catching up on Love Island and TV’s most talked about moments, or discovering content for the first time, it’s a testament to our fantastic programmes, as well as the improvements were making to the service, that this year is on track on to be our most successful year yet.”

But while ITV Hub is riding high with some incredible viewing figures, it still can’t quite match BBC iPlayer – the equivalent service from the Beeb. That’s because the last statistics published by the BBC revealed that iPlayer enjoyed 1.5 billion streams in the third financial quarter of this year. That means iPlayer clocks up as many streams as ITV Hub manages in an entire year within just three months.

When it comes to the biggest hitters for ITV Hub, there’s no competition. Love Island was comfortably the most-viewed show on ITV Hub this year, with 3.1 million watching the launch episode via ITV Hub alone (a very sizeable chunk of the total 5 million total people who watched that episode), and each episode averaging 2.1 million views on ITV Hub. In total, Love Island was streamed more than 200 million times over the course of the eight-week-long series.

Euro 2020 (which also helped to spur-on BBC iPlayer to its record-breaking financial quarter) was another huge shot in the arm for ITV Hub. Matches were streamed an astonishing 68 million times throughout the tournament, with England vs Denmark in particular live-streamed by 1.6 million viewers.

The Bay, which was made available as a boxset, was the second most-streamed show on ITV Hub within the last twelve months. It averages 2.5 streams per episode. At the launch of the second series of the hit crime drama, ITV published the entire first series to ITV Hub. Combined, the two series have been streamed more than 26 million times.

Another tidbit from the latest ITV Hub statistics, a quarter of the total audience of critically-acclaimed drama Stephen watched the three-part series via the online platform.

It comes as BBC announced plans to strengthen its online offering in the face of tough competition from Netflix, Prime Video and Disney+ during the competitive festive period.

Use EE, Three and Vodafone? This rival now offers a tempting...