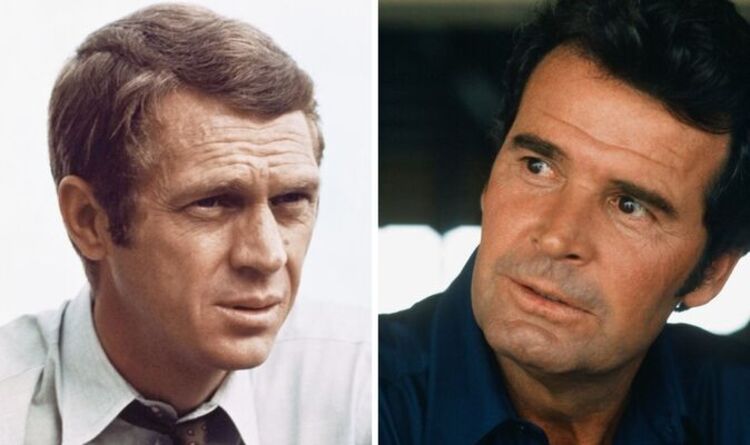 Mr Garner appears in ‘Move Over, Darling’, which is broadcast this evening at 9pm on BBC Four. The Sixties comedy, also starring Doris Day, sees protagonist Ellen Arden return home five years after she was presumed to have died in a plane crash. Upon her return she finds that she has been officially pronounced dead, and that her husband Nicholas is to marry his new finacée.

Mr Garner was one of Hollywood’s leading men of the Fifties and Sixties, starring in hit films including ‘The Great Escape’, ‘The Americanization of Emily’ and ‘Grand Prix’.

The star is also lauded for his performances as Bret Maverick in Western television show ‘Maverick’, and as Jim Rockford in the Seventies private detective programme ‘The Rockford Files’.

Three years before his death, Mr Garner recounted his glittering career in memoir ‘The Garner Files’.

In the book, the actor was incredibly frank about a number of his famous contemporaries, claiming movie mogul Jack Warner was the rudest man he had ever met, and that Hollywood icon Charlton Heston’s acting was “stiff as a board”.

Mr Garner was also critical about his Great Escape co-star Mr McQueen’s temperament on set, though the pair formed an unlikely friendship during the making of the film.

They remained good friends after its release and were even once neighbours in the hills above Los Angeles.

Nevertheless, Mr McQueen was allegedly convinced that Mr Garner was having an affair with his first wife.

“Like Marlon Brando he could be a pain in the a** on set. Unlike Brando, he wasn’t an actor.

“He was a movie star, a poser who cultivated the image of a macho man.

He had a persona he brought to every role and people loved it but you could always see him acting.

“That’s the kiss of death as far as I’m concerned.”

Mr McQueen caused no end of problems while filming the World War 2 classic, according to Mr Garner.

The star even walked out midway through the shoot after taking a dislike to the character he was portraying.

Despite Mr McQueen’s agent flying out from LA for showdown talks with ‘The Great Escape’ director John Sturges, Mr Garner was told that his friend had pulled out and that he would be the new star of the film.

Md Garner explained: “I didn’t see how it could work, so I sat down with Steve and asked what the problem was.

“He said he didn’t like the part because he wasn’t the hero and the stuff they’d had him doing was corny.

“Steve could be a stubborn little cuss, but the director added some motorcycle stunts to pacify him and changed his character to a guy who goes out to reconnoitre the countryside then unselfishly allows himself to be recaptured so he can share information with others.”

‘Move Over, Darling’ is broadcast this evening at 9pm on BBC Four.

The Garner Files was written by James Garner and published by Tantor Media in 2011. You can find it here.

James Garner: Why Steve McQueen was wrongly ‘convinced’ friend had affair with his wife