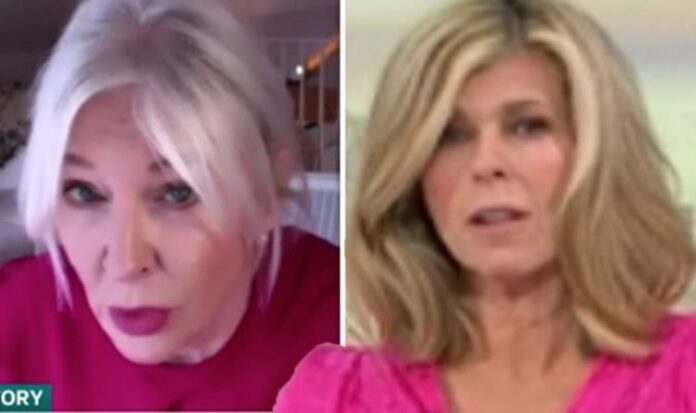 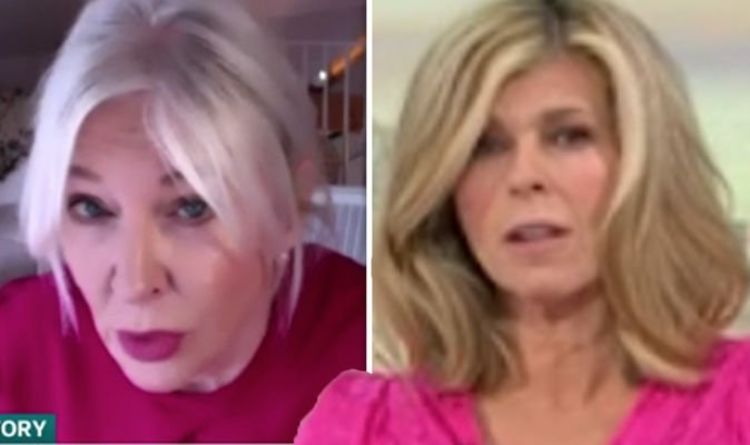 Health Minister Nadine Dorries joined Kate Garraway and Ben Shephard on Good Morning Britain today to discuss the health department’s recommendation that NHS staff in England should receive a one percent pay rise next year. NHS staff have been excluded from a pay freeze for most public sector workers but Garraway clashed with Dorries over the “pitiful” suggestion.

Garraway said: “There are problems with saving lives as well as the economy, that’s the problem.

“But you know of course we know in our heads that needs to be but I think the problem is we’ve had so many words from Government about the wonder of the NHS, about the brilliance of nurses.

“They’ve been part of the most successful bit of the Government programme, delivering the vaccine, they’ve been the people doing the delivering.

“We’ve all clapped for carers, we’ve all said praise and then the reality looks like a one percent reward for a 100 percent effort and it’s going to sit uncomfortable.”

“You said you hoped they understood but the unions don’t, do they?” Garraway asked.

“The unions don’t understand they think it’s pitiful and I wonder if any of your former colleagues that you worked with have been in touch, have you talked to them?

“Have you got any nursing friends? Are you still in touch with that side of it to know what that reality must feel like for them?”

“I’ve literally just been speaking to one of them on the phone and via WhatsApp just a few moments ago,” Dorries replied.

“It was important for us that the NHS did receive a pay rise and I really hope that nurses understand that protecting people’s jobs, people’s livelihoods, continuing with the furlough scheme, continuing to keep people in work has to be our priority coming out of a pandemic.”

Garraway continued: “What we can predict is there’s trouble ahead not just with the economy but with the health service and particularly in your area in terms of mental health and provision in the community.

“Where you surprised and disappointed not to see any sort of social care put into place by this budget because that is going to be really important for all the areas, isn’t it?”

“The reason why I’m here today is actually to talk about the £79million that we’ve announced this morning to go into children’s mental health as part of the £500million we mentioned in the spending review on top of the £2.3billion we’re investing in mental health year-on-year.

“The announcement we made this morning is to specifically help children and young people who have been affected by the pandemic.”

Garraway interjected: “It’s much bigger than that though you know that and it’s great, well done.

“But it’s much bigger than that it’s not just related to that although it’s a very worthy cause it’s across the bond mental health problems for many areas of society and social care failings is something this Government committed to sorting out at the very beginning.”

“Those discussions are taking place and that is a priority also,” the Health Minister replied.