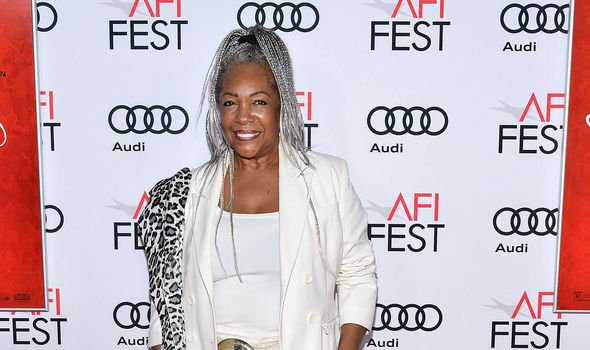 Mary Wilson was the longest-reigning member of The Supremes (Image: Getty)

Diana Ross sang lead vocals, but they wouldn’t have been The Supremes without Wilson, the longest-reigning founder member of the chart-topping group, who died on Monday aged 76. “She was a trailblazer, a diva, and will be deeply missed,” said Motown records founder Berry Gordy, who guided The Supremes to 12 No.1 hits. “She was quite a star in her own right.” Ross added: “I have so many wonderful memories of our time together. The Supremes will live on in our hearts.” For Wilson, The Supremes, despite the troubles that accompanied their eventual success, had been the realisation of a dream that continued long after they had split up.

“Dreams do come true,” she said in a recent interview, recalling the group’s beginnings with childhood friends Diana Ross and Florence Ballard in Detroit, Michigan, in 1959.

“I was very fortunate to have met Florence and Diana because when I met them I realised a dream that I followed my entire life, and my dream came true because of that. Meeting them… just changed my life.”

History will remember Ross as the trio’s superstar, but when The Supremes began it was Wilson who held the centre spot on stage – until Gordy asked her to step to the side. “I was a star wherever I went,” Wilson insisted.

The Supremes embodied the Motown sound with a succession of hits that remain classics to this day: Where Did Our Love Go, Baby Love, Stop! In the Name of Love, You Can’t Hurry Love, You Keep Me Hangin’ On, The Happening…the list goes on.

With their glamorous gowns, immaculate makeup and teased wigs, the trio swayed and sashayed with elegant choreography.

From the left, Florence Ballard, Diana Ross and Mary Wilson around 1965 (Image: GETTY)

If they sang of new love their hands went to their hearts; if they sang of rejecting a lover they pushed their hands away, rolling their hips and smiling with glossed ruby red lips, bodies and voices in perfect harmony.

Being moved from centre stage hurt, but Wilson recognised that Ross was better prepared for the spotlight in their earliest days.

“For me, in terms of becoming a singer out front, there was a different feeling because I was not prepared to be a soloist at that point,” Wilson confessed.

“I was not comfortable because I knew I didn’t know, really, how to sing, and it took me a while – voice lessons and things like that – to study.”

She was being modest, of course: Wilson had been singing since childhood and had an immaculate voice, but she had not yet learned the technicalities of breathing and projecting her vocal instrument.

“It took many years to get to the point where I felt really confident as a singer,” she said. “I had a natural voice, but I didn’t know how to use my voice because I had not developed it at that point.”

Ms Wilson and her collection of records in Los Angeles in 1985 (Image: Getty)

Born in 1944 in Greenville, Mississippi, where her parents Sam and Johnnie Mae were unable to look after her, Wilson was sent to live with relatives in tough urban Detroit, though she always put a positive gloss on her hard infancy.

“I had a great, idyllic childhood because my aunts and uncles kind of raised me, gave me everything a little child could want,” she said.

At the age of nine she was finally reunited with her mother.

Wilson recalled: “She moved us into the Brewster Projects”, an inner-city council housing estate amid Detroit’s urban decay, which helped shape her. “Music was everywhere, and rock ‘n’ roll was new. It was so much fun. It just changed my life… and everyone dared to dream.”

Wilson first performed at a school concert at the age of seven, recorded her first single at a penny arcade “Make Your Own Record” machine, and performed at Northeastern High School, recalling: “Probably the reason I became a singer was because we had such a great musical department at Northeastern.”

Ballard recruited Wilson for an all-girl singing group, and their friend Paul Williams – who went on to found The Temptations – introduced them to Ross.

The teenage trio, along with Williams’ girlfriend Betty McGlown, began performing as The Primettes in 1959.

But when they first went to Motown, Gordy turned the 15-year-olds down.

When the quartet returned to Motown a year later, the record label snapped them up. Barbara Martin replaced McGlown in the renamed Supremes, only to be dropped after their first single flopped in 1961.

“We were four girls, and ended up being three,” said Wilson, who had to battle for the group to be called The Supremes, a name that Ross thought too masculine.

The trio tip their hats in a photoshoot in 1965 (Image: Getty)

Yet in their first two years together, the trio recorded a string of eight disappointing flops.

“We were called the ‘No-Hit Supremes'”, Wilson remembers.

They wore fake pearls from Woolworths and sewed their own dresses, struggling to survive.

Desperate not to be fired by their record label, the girls performed hand-claps and sang back-up vocals for other Motown artists including The Temptations and Marvin Gaye, just to be of use.

“Finally, Mr Berry Gordy put us together with songwriters Holland-Dozier-Holland, and they came up with our hit records,” Wilson recalled.

“Our dream had come true: three little black girls from the Brewster projects had made the impossible dream come true.”

Along with the hits came wealth and fame.

The trio hit success after being paired with songwriters Holland-Dozier-Holland (Image: Getty)

They had their own line of wigs, even a Supremes brand bread. But looking back on their success, Wilson confessed: “We weren’t the greatest singers. We were not the greatest girl group out there. We just received more hit records than a lot.”

The Supremes helped break down racial barriers during the Sixties civil rights movement, playing to white audiences across America and paving the way for other black girl groups to follow.

“After an unprecedented string of No.1 hits, television and nightclub bookings, they opened doors for themselves, the other Motown acts, and many, many others,” said Gordy yesterday. But the teenage girls were also prey to the worst excesses of the music industry.

Ballard was sexually molested, and Wilson lamented: “There was nobody to help her get through the ordeal…She simply had to live with her emotional scars.”

The trauma pushed Ballard to turn to booze for support.

“With all this success we were falling apart internally,” said Wilson, who soon moved from the group’s centre to its wings as Ross became The Supremes’ focal point.

In 1967, Gordy – by then dating Ross – renamed the group Diana Ross and The Supremes, and replaced a deteriorating Ballard with Cindy Birdsong: the first of many lineup changes, until the group finally disbanded after 18 hit years in 1977.

Diana Ross continued to solo stardom, but Ballard sued Motown for £6million for wrongful dismissal and lost, sinking into poverty and dying in 1976 aged 32. Wilson said it was “without a doubt the saddest day in the band’s history, and my life”.

Wilson signed a solo contract with Motown, but was unceremoniously dumped in 1980 midway through recording her second solo album, turning to musical theatre to survive.

Yet she found international success with her 1986 memoir, Dreamgirl: My Life as a Supreme, a bestseller that inspired the Broadway hit as well as the subsequent movie Dreamgirls.

Ms Wilson attributed her singing talents to the music department at her school (Image: Getty)

But Wilson lamented of the show: “People think it’s about The Supremes, and it’s not… and I should know, because I didn’t get paid.”

She found continued success performing in Las Vegas, but was disappointed to lose a lawsuit against two later members of The Supremes who continued to perform using the group’s name.

Married to The Supremes’ road manager Pedro Ferrer in 1974, she had three children before their 1981 divorce, and survived a 1994 car crash that killed their youngest son, Rafael, aged 16.

Wilson died in her sleep at her home near Las Vegas, Nevada, just two days after announcing that she was poised to release a new solo album: music that, like The Supremes’ greatest hits, will now live on beyond her.