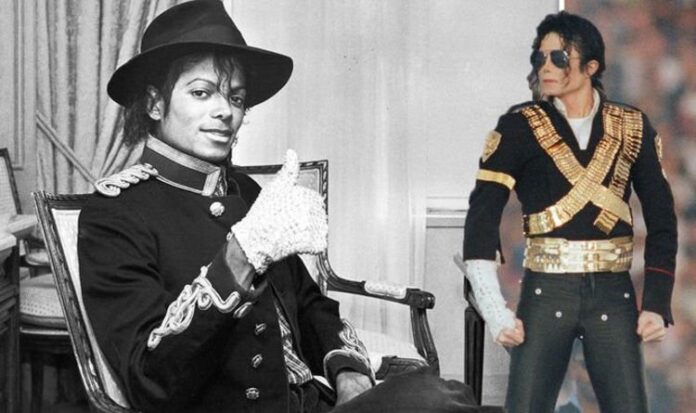 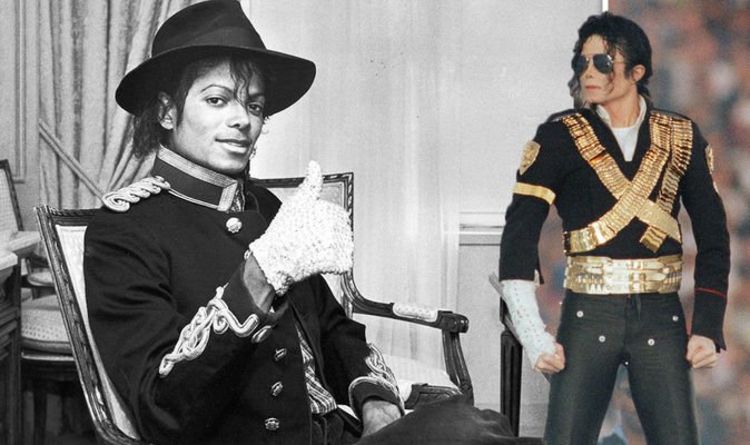 Michael Jackson’s fashion choices are famous, mainly for his bold choices and short-term obsessions with certain looks. These have included Army-influenced outfits, a glittery white glove and even a face mask in his later years. Express.co.uk breaks down some of the singer’s most iconic songs – and the outfits which he is remembered for.

The Rock With You sequin shellsuit

Michael Jackson’s final single of the 1970s was Rock With You, in which the singer danced with a sparkly microphone.

However, the sparkles were not just on the mic, as he was sporting a sequin-covered silver shellsuit, which shone as he danced the night away under the green lights.

The song went to Number One in the US Billboard Hot 100 and was the second single from his breakthrough solo album Off the Wall.

READ MORE:  New films on Netflix in May: What is coming to Netflix UK in May 2021?

However, in the music video, the jacket was heavier, more chain-covered and generally, more famous.

The video is iconic, having been directed by Oscar-winning director Martin Scorsese, and the jacket was meant to represent an edgier side to Michael.

The Black or White shirt

Michael wore a simple white shirt with a t-shirt underneath in the music video for Black or White, which saw him travel all around the world.

However, that outfit became iconic, mainly for the stage performances of the time where fans would see it float all around him like a cape.

The music video also showed Michael wearing a glove – though this was fingerless, which later superseded his iconic single glove.

Though not related to a specific song, his Army-inspired outfit at the Superbowl astounded fans.

For much of Michael’s later fashion choices, he wore army-inspired garb, including jackets with militia buttons and shoulder pads.

This one also had a touch of Hollywood glam, as it was black and gold and covered in sequins.