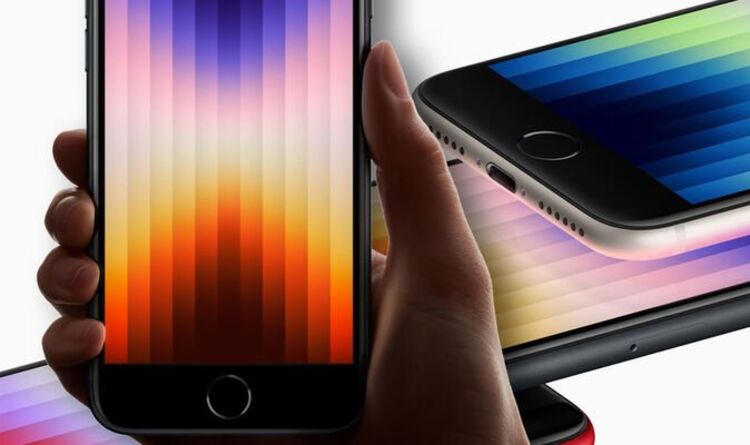 If you fancy a powerful new iPhone in your pocket but don’t want to pay sky-high prices then there’s good news. Apple has just rebooted its popular SE model with this £419 device getting a swathe of upgrades that should help it keep pace with your daily digital needs. This budget call maker is available now to pre-order with it arriving in stores next week and, if you’re thinking of buying one, here are three big new features but one thing the iPhone SE is definitely missing.

The new SE has been given a serious power boost thanks to the inclusion of the A15 Bionic processor. This is the very same chip that’s tucked inside Apple’s more premium devices including the flagship £1,350 iPhone 13 Pro Max!

Thanks to this updated brain, iPhone SE users should see some impressive gains over older models with tasks performed around twice as fast as before – and it’s not just about speed.

The A15 is also able to help improve the single rear camera with owners getting the option to add new styles and effects such as Deep Fusion and Portrait mode to their images.

These computational photography benefits should help to boost the quality of images and make them look like they’ve been shot on a device with more than one lens.

Downloading files and streaming movies on the move will be far smoother and stutter-free on the SE. That’s all thanks to 5G technology which will allow owners to download content at speeds in excess of 300Mbps.

5G is the future of mobile network technology and, along with being quicker, it’s also able to cope with more people connecting at the same time meaning things won’t grind to a halt at busy stations or people-packed football stadiums. Of course, to use 5G you will need to update your SIM deal but most networks now offer access to the technology without charging a premium.

There’s good news if you’re always running low on power. Apple is boasting that its new iPhone SE will now last longer thanks to a bigger battery and improved efficiency from the A15 chip.

We’ll have to wait for the reviews to appear next week but Apple has promised around two hours of extra playtime before it will need a refill.

Along with that improved battery life, the iPhone SE is compatible with Qi-certified chargers for wireless charging, and also supports fast charging – although to get those quick refill speeds you need to head to an Apple Store to buy a plug as a charger is not supplied in the box.

So, that’s the good news but what is missing from the iPhone SE?

There’s clearly plenty going on under the hood of the iPhone SE but sadly things haven’t changed at all on the outside. That means there’s no edge-to-edge screen, Face ID unlocking or dual-lens camera on the rear case.

This old design also means you’ll be faced with a very chunky chin and forehead above and below the relatively small 4.7-inch screen.

Apple has covered the SE in stronger glass and there is a new Starlight colour to choose from but other than that this is basically the same look as the iPhone 6 which was released all the way back in 2014.

Your Apple MacBook is about to look very dull, colourful new...