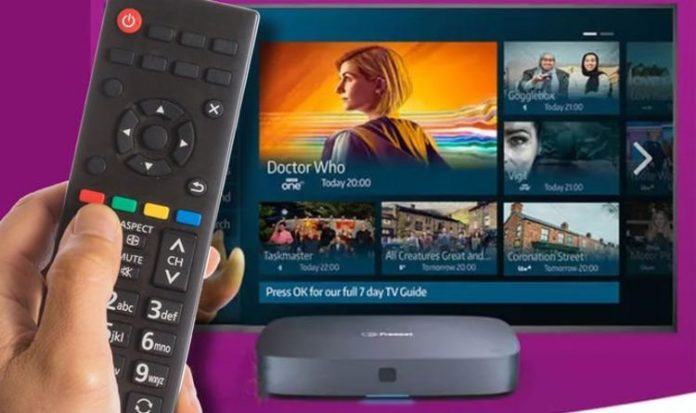 Sky might offer the ultimate way to watch TV thanks to its award-winning Sky Q service but if you don’t want to pay a hefty subscription each month then there’s good news. Freesat has announced that it’s adding some additional channels and extra content for customers this month and they won’t have to a penny to tune in.

The new services include a host of music channels with Box Hits, Box Christmas, Kiss, Magic and Kerrang! all joining the free-to-watch platform.

Along with those music services, there’s also the return of Channel 4 HD to Freesat which will allow users to watch a swathe of shows in pin-sharp UHD quality.

Speaking about the upgrade Angie Mee, Director of Content Partnerships at Freesat, said: “It’s a delight to relaunch these popular channels on Freesat and we’re sure it will please our customers. Channel 4 has always been a great partner with its bouquet of channels, including Film4, E4 and More4, and we look forward to these additional channels joining the line-up at a time of year when families and friends are together.”

For those who don’t know, Freesat offers access to a number of the same channels as Freeview.

However, instead of coming into your living room via an aerial, Freesat relies on a satellite dish to connect viewers to their favourite shows. So, if you’ve decided to leave Sky Q, but still have a dish strapped to your roof and don’t fancy a weekend of DIY – you can plug in a Freesat compatible set-top box to access free-to-air channels using your existing receiver.

Freesat includes over 170 channels including over 20 in full HD.

Along with live telly, there’s also a full lineup of free and premium apps from streaming giants such as BBC iPlayer, ITV Hub, Netflix, YouTube, My5 and UKTV Play.

Freeview and Freesat recently announced that they were merging with the free-to-watch telly platforms becoming a single company that allows them to share technologies and knowledge.

It’s unclear what exactly the merger will mean for viewers in future. However, parent company Digital UK has claimed bringing both brands under the same roof will mean both will “benefit from a more streamlined approach to technological innovation and product development”.

Your Samsung 4K TV could soon get a very smart free...