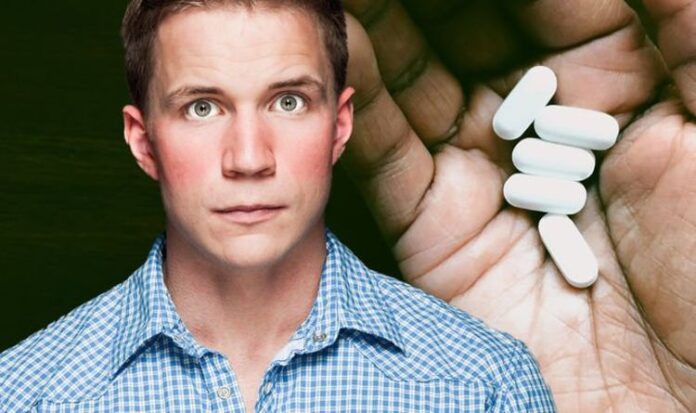 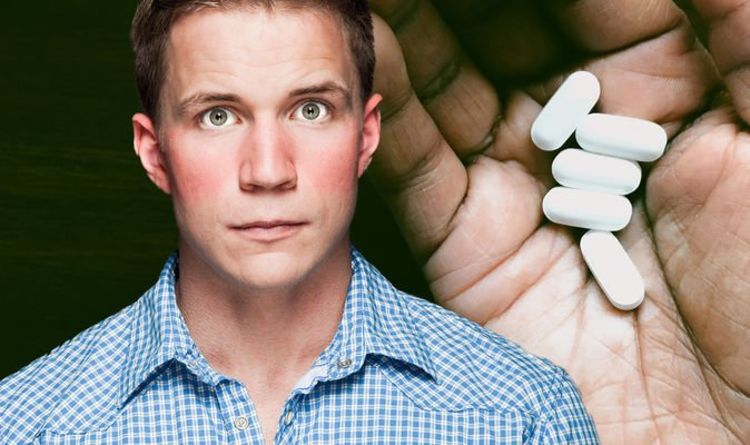 Paracetamol is a common painkiller used to treat aches and pain. It can also be used to reduce a high temperature. It’s available combined with other painkillers and anti-sickness medicines and it is also an ingredient in a wide range of cold and flu remedies. Although most people are safe to take paracetamol, it is possible to experience side effects.

According to the NHS, side effects from paracetamol are rare but can include flushing.

Skin flushing or blushing is characterised by the sensation of warmth and rapid reddening of your neck, upper chest, or face.

As the NHS explains, flushing sometimes happens when paracetamol is given in hospital into a vein in your arm.

Other possible side effects include:

“Speak to a pharmacist or doctor if you develop any troublesome side effects that you think could be caused by paracetamol,” advises the NHS.

Can you overdose on paracetamol?

Taking too much paracetamol can pose serious health risks so it is vital to follow the recommendations.

According to health body NICE, nausea and vomiting – the early features of poisoning – usually settle within 24 hours.

Severe Liver damage can occur three to four days after paracetamol overdose and may lead to liver failure, encephalopathy, coma, and death, warns the health body.

Encephalopathy means damage or disease that affects the brain.

How much paracetamol is safe to take?

If you need to take a painkiller such as paracetamol, check the labels carefully on other medicines.

According to Bupa, the requirements are usually 500mg to 1,000mg (usually one or two tablets) every four to six hours.

Is it safe to take ibuprofen and paracetamol at the same time?

In addition to paracetamol, Ibuprofen is a common painkiller that works by reducing the hormones in our bodies that cause pain and swelling.

According to Lloyds Pharmacy, taking paracetamol and ibuprofen together is safe to do if you are over the age of 16.

“However children should not be given these medicines together unless you have been told to do so by a healthcare practitioner,” warns the health body.

It adds: “You’ll also need to read the packaging and included patient leaflets carefully to make sure that you are having the right dosages.”

However, paracetamol can react unpredictably with certain other medications.

“This can affect how well either medicine works and might increase the risk of side effects,” explains the NHS.

It may not be safe to take paracetamol at the same time as other products containing paracetamol – including combination products where paracetamol is one of the ingredients, says the health body.

Other risky combinations include:

Paracetamol side effects: Do you ‘flush’ after taking paracetamol? Side effect

Dementia: Three ‘core symptoms’ of the degenerative condition to look out...