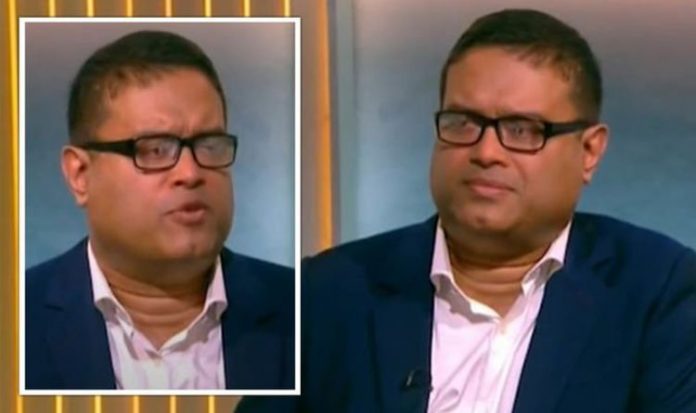 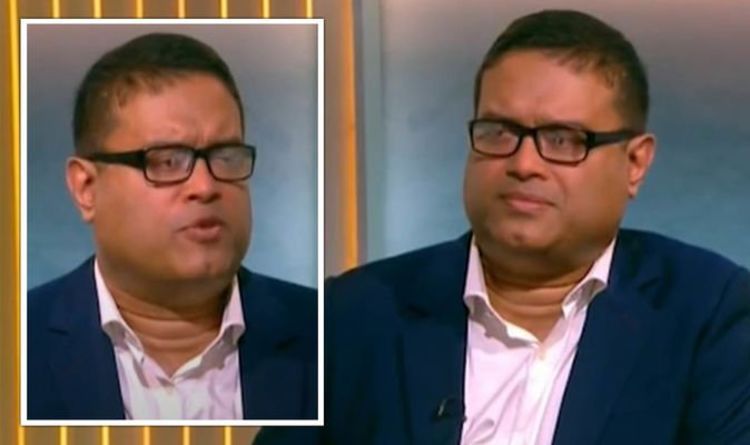 After experiencing discomfort in his shoulder, Paul simply took to Google to discover the source of his symptoms. However, the star and former doctor was beyond shocked to realise that he could not escape a life-threatening diagnosis. Sadly, the star found out that every symptom he was experiencing was “textbook” symptoms of Parkinson’s disease.

Parkinson’s disease is a condition in which parts of the brain become progressively damaged, according to the NHS.

Talking on Channel 5 News, Paul spoke about his condition and the symptoms he has been suffering with since his diagnosis in May 2019.

The star said: “It’s been a torrid couple of years. What a rollercoaster.”

In fact, the whole of 2019 for Paul was full of mixed emotions, as despite his Parkinson’s diagnosis, the star also got married.

READ MORE: The longest you should go without showering during winter – expert issues warning

When asked how he found the entire ordeal, Paul said: “It was mixed. I enjoyed winning the British Quiz Championships and getting married. I less enjoyed the diagnosis of a progressive neurological disease.”

The condition is caused by a loss of nerve cells in part of the brain. Due to the loss of the nerve cells, there is also a reduction of a chemical called dopamine.

The NHS explains that dopamine plays a vital role in regulating the movement of the body and it is this lack of dopamine that is responsible for most of the symptoms individuals experience.

Talking about his own symptoms, Paul explained: “A lot of people associate Parkinson’s with the tremors and shakes, but really I started with a stiff right shoulder.

“On the right side of my body, my reflexes are very slow. I also walk with a slight limp, but functionally, my right arm is not very good.”

Although remaining positive about his condition, progressive symptoms have interfered with the star’s work life.

Fans of the quizzer became concerned after he briefly dropped out of spin-off show Beat the Chasers. But taking to Twitter to address his absence from the show, Paul wrote: “New episodes of Beat the Chasers are on their way.

“Unfortunately, I wasn’t well for the recordings and couldn’t join in this time around.”

Due to the nature of the condition, Paul is all too aware that symptoms that he is already slightly experiencing will get worse, so has taken the decision to embrace what time he has left.

The star added: “Things will get worse, but I don’t know when they will get worse. So, don’t waste your time, don’t do things you don’t enjoy.

“I am enjoying life and embracing life with the people closest to me.

“Living with a chronic condition, you are going to live a better life if you deal with it in good spirits.”

This remarkable and impressive outlook on life is hard to maintain, especially when Paul’s career relies so heavily on his mental abilities.

Talking to the Radio Times he said: “Every time I get a question wrong in a quiz that I used to know the answer to, I think, ‘Should I be worried?’ And then I realise that everybody does it. I’m just quite pragmatic about it.”

In order to manage symptoms, individuals usually undergo therapy or use medication and maintain their quality of life for as long as possible.

Parkinson’s UK is the main Parkinson’s support and research charity in the UK. You can contact them by calling their free helpline on 0808 800 0303 (Monday to Friday, 9am to 7pm, and 10am to 2pm on Saturdays), or by emailing hello@parkinsons.org.uk.

Vitamin B12 deficiency: Nerve shock, unsteadiness and a burning sensation on...

John Humphrys ‘horrendous’ health experience and how his father lost his...