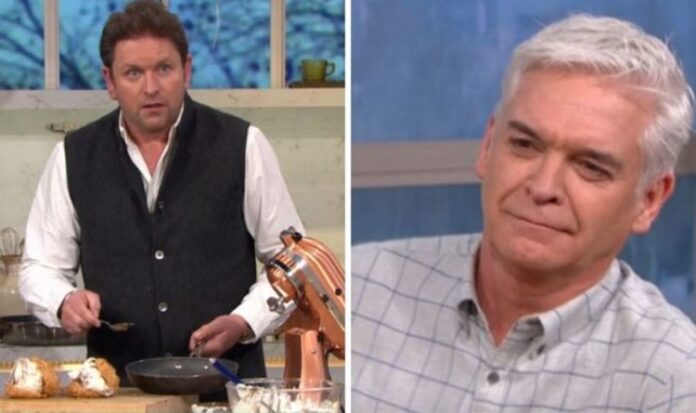 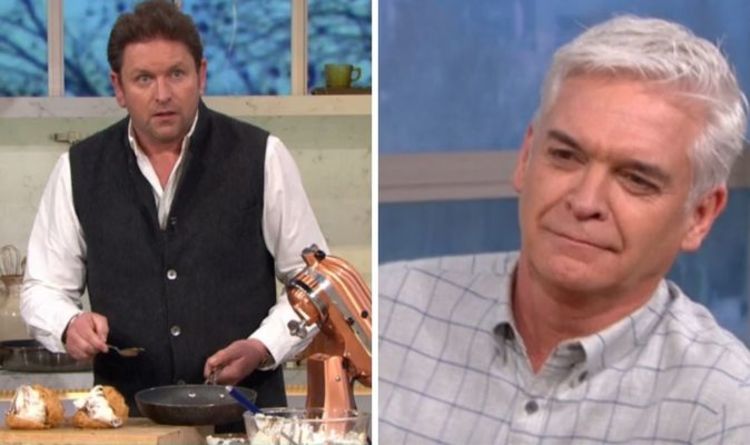 The bizarre segment didn’t go unnoticed by viewers and some were angered by how “rude” Holly and Phillip were to James.

“That was really cringe to watch,” one viewer tweeted. “@Jamesmartin put up with the unprofessional behaviour from Holly and Phillip.”

Another commented: “Rude and interrupting.”

While one added: “How does James Martin put up with those rude presenters?”

Other viewers seemed to think that Holly and Phillip’s behaviour was part of a prank for Ant and Dec’s Saturday Night Takeaway.

“If that wasn’t Ant and Dec’s Get Out of My Ear in Holly and Phil’s earpieces during your cooking segment on This Morning, I’ll eat my hat,” one fan tweeted.

Another said: “Watching the show on plus one and this has got Ant and Dec written all over it.”

This Morning airs daily at 10am on ITV.