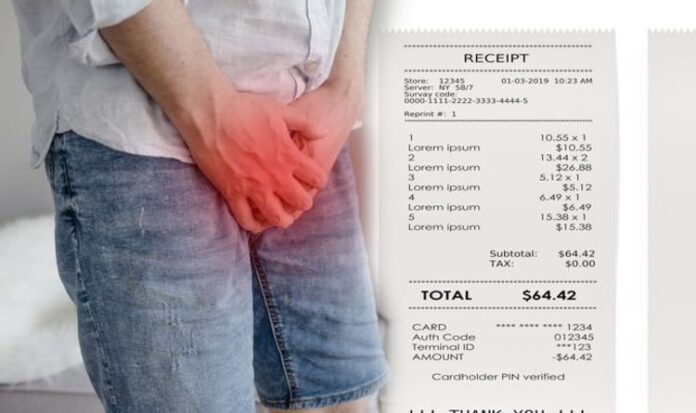 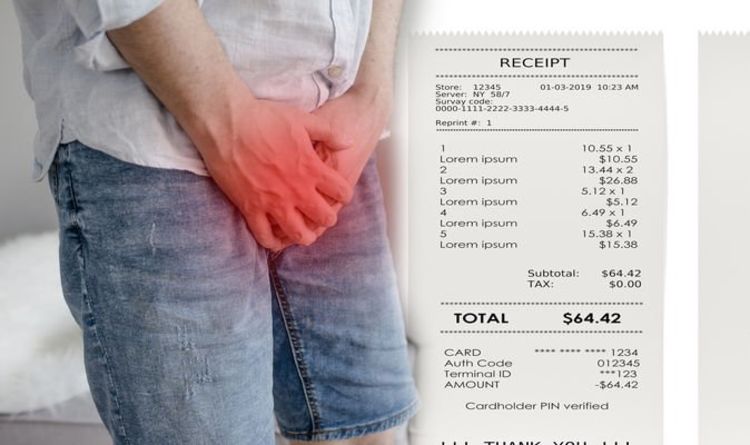 Prostate cancer is now the most commonly diagnosed cancer in the UK, according to research. Data analysed by the charity Prostate Cancer UK shows it has overtaken breast cancer to be the most commonly diagnosed form of the disease, with 57,192 new cases in 2018 – the most recent figures available. Worryingly many have attributed a type of plastic which could increase a person’s risk of developing the deadly disease. Bisphenol A, or BPA, is a common building block in resins and some types of plastic and is said to increase a person’s risk of prostate cancer.

Back in 2006, Dr Gail Prins, professor of urology and physiology at the College of Medicine at the University of Illinois in Chicago, and colleagues provided evidence for one of the first direct links between low-dose exposure to BPA during the development of rats and the later development of prostate cancer.

“The most important findings are that the human prostate epithelium responds in a similar manner as previous studies found in rodents,” Prins told Cancer Network. The results show that even low doses of BPA could cause early, subtle changes that can have latent consequences.

“Our findings indicate these early [stem] cells are epigenetically reorganized [upon exposure to BPA] in such a manner that when they ‘see’ oestrogens later in life, the response is more robust,” said Prins.

Many studies have demonstrated that BPA can interact with oestrogen receptors and so, can upregulate or downregulate signalling pathways, said Olivier Sanchez, founder of Nutrunity UK and Head of Nutrition at The Really Healthy Company

He continued: “In fact, BPA is a weak oestrogen, which makes it a hormone disruptor, like the many thousands of chemicals widely used in plastic.

“Hormone disruptors can affect how hormones act on the body, by blocking their actions or mimicking it, which very often throws off the fragile body’s hormonal balance.

“Therefore, BPA may play a role in the pathogenesis of several endocrine disorders including female and male infertility, polycystic ovary syndrome (PCOS) and hormone-dependent tumours such as breast and prostate cancer and several metabolic disorders including.”

In one study published in the US National Library of Medicine National Institutes of Health, Bisphenol A as a risk factor for prostate cancer was further investigated.

The study noted: “Environmental exposures are contributing factors to prostate cancer etiology, but these remain unclear.

More importantly, this study provides the first epidemiological evidence on carcinogenicity of BPA on the human prostate.

Mr Sanchez added: “The issue here is not that BPA alone is able to cause health problem or even prostate cancer, it is the constant, daily exposure and its tendency to bioaccumulate in our bodies, as well as the synergistic effect with the soup of highly-toxic chemicals we are exposed to daily, that is of great concern to human health, especially that BPA can be considered cytotoxic (toxic to human cells, particularly liver cells) and cause DNA damage.

“The global volume BPA consumption (in metric tons and USD) for different application areas is expected to reach 10.6 million metric tons in 2022.

“And so, our exposure to BPA just keeps on growing daily.

“This constant level of exposure cannot be innocent.”

BPA is being banned in the UK and EU from January 2020.

In a study in 2013 by Professor Watson there was evidence that BPA or BPS exposure appeared to affect the timing of neuronal development.

Experts behind the findings have warned to handle receipts as little as possible and that the chemicals in BPA, found in almost all receipts, could be harmful.

BPS is not currently banned in the UK, although Switzerland is the first country to ban both BPS and BPA.

BPS is still available in the UK.

Prostate cancer warning: Bisphenol A found on receipts could be increasing your risk

Diabetes type 2: The pinprick test in your feet may indicate...