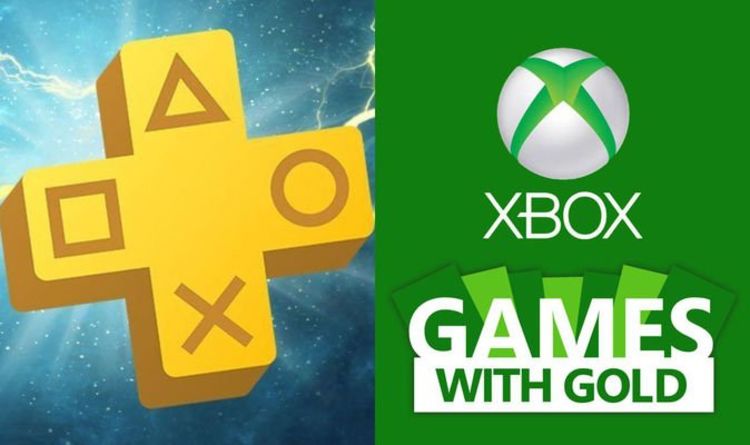 Sony and Microsoft have revealed the October 2020 PlayStation Plus and Xbox Games with Gold releases for PS4 and Xbox One.

As is tradition in October, the free PS4 and Xbox One games have a supernatural twist.

Over on Games with Gold, subscribers will be able to download Slayaway Camp and Maid of Sker on Xbox One, as well as Sphinx and the Cursed Mummy and Costume Quest on Xbox 360.

Following on from previous October horror releases like Last of Us Remastered, Friday the 13th and Amnesia: Collection, Sony is offering PlayStation Plus subcribers the chance to download Vampyr.

The first wave of Xbox Games with Gold releases are out now, while the October 2020 free PS Plus games will be available to download from October 6.

With the new games announced and ready to download, now is the perfect time to pit Sony against Microsoft in the monthly battle between PlayStation Plus and Xbox Games with Gold.

Can Sony continue its winning streak, or is October Microsoft’s time to shine?

The game takes place in the fictional location of Fortune Valley, where racing fans are tasked with taking down the local cartel.

“Set in the underworld of Fortune Valley, you and your crew were divided by betrayal and reunited by revenge to take down The House, a nefarious cartel that rules the city’s casinos, criminals and cops.

“In this corrupt gambler’s paradise, the stakes are high and The House always wins. Play a varied and challenging world of events as Tyler the Racer, Mac the Showman and Jess the Wheelman. Each driver must take on races, missions and challenges to earn the respect of the Valley’s underground and compete in the ultimate race to finally take down The House.”

Next up in Sony’s customary spooky offering Vampyr, which takes place in London circa 1918.

“Will you embrace the monster within? Survive and fight against Vampyr hunters, undead skals, and other supernatural creatures. Use your unholy powers to manipulate and delve into the lives of those around you, to decide who will be your next victim. Struggle to live with your decisions… your actions will save or doom London.”

Over on Xbox One, Gold subscribers can download Slayaway Camp: Butcher’s Cut from October 1 until midnight on October 31.

Maid of Sker, meanwhile, is an interesting new horror game based on Welsh folklore.

“Do not panic, don’t even breathe! Set in a remote hotel with a macabre and gory history, use stealth tactics to stay alive against a cult of sound-based enemies.

While it’s clear Sony has the edge in terms of profile, Microsoft’s line-up probably just about edges it in terms of quality.

Slayaway Camp: Butcher’s Cut has a Metacritic score of 79% (for the Switch version), while Maid of Sker has a score of 62%.

While these are hardly mind-blowing scores, Sony’s line-up fares even worse, scoring just 61% for Need for Speed Payback, and 70% for Vampyr.

With this in mind, it’s only fair to award this month’s victory to the Xbox Games Gold line-up! That’s the first time Microsoft has scored a victory in what feels like forever.

It’s certainly not a vintage month for PS Plus and Games with Gold, although I’m personally intrigued by Vampyr and Maid of Sker, so it’s not a total write off.

Brian May DOUBTED Freddie Mercury was right for Queen ‘He was...