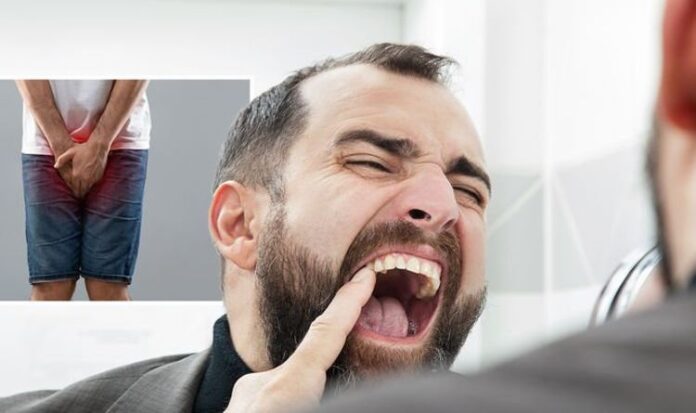 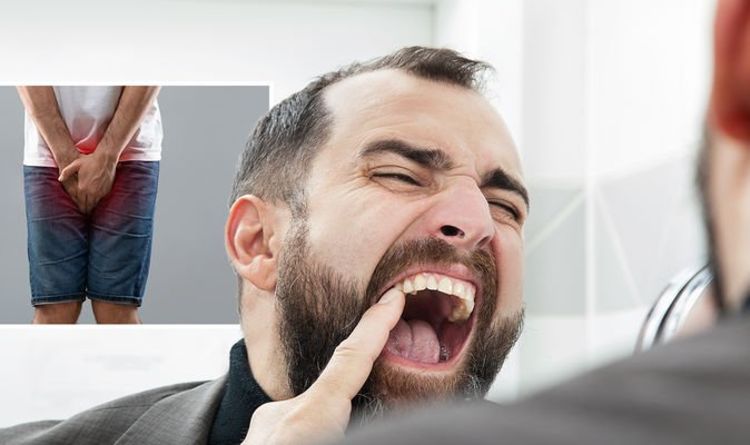 Rheumatoid arthritis is an autoimmune condition, which means it’s caused by the immune system attacking healthy body tissue. The NHS explains: “If you have rheumatoid arthritis, your immune system mistakenly sends antibodies to the lining of your joints, where they attack the tissue surrounding the joint.” Research has also uncovered a host of symptoms that are not related to joint pain.

CreakyJoints, a support, education, advocacy, and research organisation for people living with arthritis, reports on the findings of a study published in the journal RMD Open: Rheumatic and Musculoskeletal Diseases.

The study found that many rheumatoid arthritis patients had visited their doctor with musculoskeletal complaints about their hand/finger, shoulder, or knees within four to six years (and especially the 18 months) prior to their diagnosis.

“But many also presented with issues that might not seem clearly related to rheumatoid arthritis,” CreakyJoints reports.

The study found that carpal tunnel syndrome was more common among those who later developed rheumatoid arthritis.

Carpal tunnel syndrome is a common condition that causes pain, numbness, and tingling in the hand and arm.

The study also found infections of the urinary tract and genitals were common among those who went on to receive a rheumatoid arthritis diagnosis.

Inflammation of the mucous membranes in the gums, lung, or gut also occurred more often in people who were later diagnosed with rheumatoid arthritis.

What’s more, some were diagnosed with psoriasis, inflammatory bowel disease (Crohn’s disease or ulcerative colitis), or gout in the period leading up to their rheumatoid arthritis diagnosis.

Although more research is needed, the authors of the study suggested that being aware of these findings might help doctors to detect rheumatoid arthritis earlier on.

The authors noted that, in particular, people who see their doctor with new musculoskeletal symptoms such as shoulder pain, chronic knee pain, or carpal tunnel syndrome seem to be more likely to develop inflammatory arthritis within the following 1.5 years.

“Consequently, they can consider referring these patients [to a rheumatologist], which may facilitate early diagnosis and treatment,” they wrote.

How to alleviate symptoms

The symptoms of rheumatoid arthritis can be life-limiting but there are proven ways to alleviate them.

If you can’t see the poll below, click here

Similarly, improving your diet can provide some relief for rheumatoid arthritis.

“For starters, a diet rich in fruits, vegetables, fish, nuts and beans but low processed foods and saturated fat, is not only great for overall health, but can also help manage disease activity,” explains the Arthritis Foundation (AF).

In fact, many of these components are found in a Mediterranean-style diet, “which is frequently touted for its anti-aging and disease-fighting powers”, notes the AF.

Among other things, the diet can help arthritis by curbing inflammation and aiding weight loss, the health body adds.

Where is the Delta plus variant right now? ALL countries with infections

Statins side effects: Three signs you should not ignore – it...