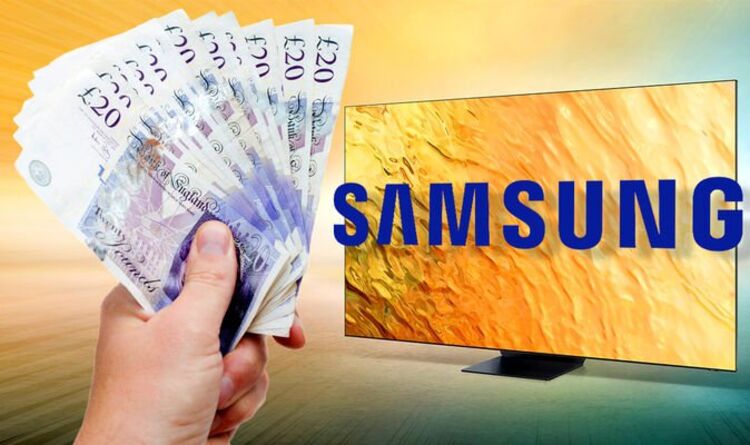 If you’ve been thinking about upgrading your TV for some time but haven’t taken the plunge yet the latest deal from Samsung could be the excuse you’ve been waiting for. For a limited time, the South Korean company is offering up to £500 cashback to anyone who adds select models from the 2022 lineup to their shopping basket. The promotion is available on Samsung Neo QLED TVs, which are available with either 4K or 8K panels, The Serif TV, which rotates so that you can natively watch portrait and landscape video footage, and The Frame, which displays artwork when it’s not in-use. As you’d expect, the £500 cashback is only available on the priciest models – the 2022 8K Neo QLED range – but there’s still a respectable £300 bounty for those who want the more modest The Frame TVs.

The latest Neo QLED TVs boast a brighter and more colourful image than previous generations. For those who don’t know, QLED (Quantum Light-Emitting Diode) displays are designed to improve on the popular LED panels you’ll find on hundreds of Smart TVs. LEDs use a backlight to illuminate the pixels on-screen, which is very different to OLED TVs, which see the individual pixels illuminate themselves. When a specific pixel is not needed, it’s switched off – which creates the cavernous shades of black that OLED displays are known for.

In contrast, LEDs can struggle to display true darkness on-screen. If there are only a small number of backlights behind the LED panel, it can be difficult to illuminate some pixels while leaving others in complete darkness. Often, the surrounding pixels will be illuminated by the backlight, which leads to grey-ish shades of black. QLED is designed to solve this shortfall by replacing larger LED backlights with smaller, finer, and more precise sand-like LED particles to light up the pixels.

According to Samsung, this means viewers will benefit from “an even wider range of brightness, up to a billion colours, better contrast ratio – altogether precision in colour and light control.”

The Neo QLED range is available in both 4K and 8K resolutions. There’s not a lot of native 8K footage out there right now – Netflix, Disney+ and Prime Video don’t stream boxsets or movies in the format, Sky Q and Sky Glass top out at more modest 4K, and Ultra HD Blu-ray discs max-out at the same resolution. However, Samsung says the Neural Quantum Processor 8K with AI tucked inside its 8K TVs works to upscale all of your content to take advantage of the extra pixels on-screen. Buying a 8K TV means you’ll be future-proofed ready for when the pixel-packed format does become mainstream (BT Sport has started some limited 8K trials).

The latest Samsung Neo QLED 8K and 4K lineup features three new series – QN900B, QN800B and QN700B – and are available in 55-, 65-, 75- and 85-inch screen sizes. All of these models ship with the new SolarCell remote, which doesn’t need batteries. Instead, this ultra-efficient remote is charged through 2.4GHz radio frequency harvesting. In other words, the battery-free remote control draws power from spare energy emitted by your Wi-Fi router. Yes, really.

Elsewhere, if you’d rather take a look at The Frame, the latest generation of the lifestyle telly introduces an improved glare-free display. Dubbed the Matte QLED Display, this new technology is designed to reduce unwanted reflections and improve the viewing experience – when watching television, and when displaying artwork or photographs on the screen when it’s not in-use. Samsung has also upgraded the integrated Art Store in The Frame to make it easier to browse famous paintings and artworks. Subscribers can now access up to 1,600 pieces of art from renowned institutions.

Like The Frame, the latest generation of The Serif benefits from the new Matte QLED Display to reduce distracting reflections. Like previous versions of the unique telly, owners can beam video from their smartphone to The Serif, which will rotate into a landscape or portrait orientation to natively display the footage. The base of The Serif has a built-in speaker to improve the audio.

Samsung’s all-new Neo QLED TVs start from £1,399, The Frame starts from £699, and The Serif costs £1,199. To claim the generous cashback offers, you’ll need to purchase your shiny new Smart TV from the Samsung store before May 24, 2022. Between 30 and 60 days after your purchase, you’ll need to fill-in the form here and the team at Samsung will email you details to claim your cashback award. And that’s it.

Why your bad broadband will stop you getting this ultimate TV...