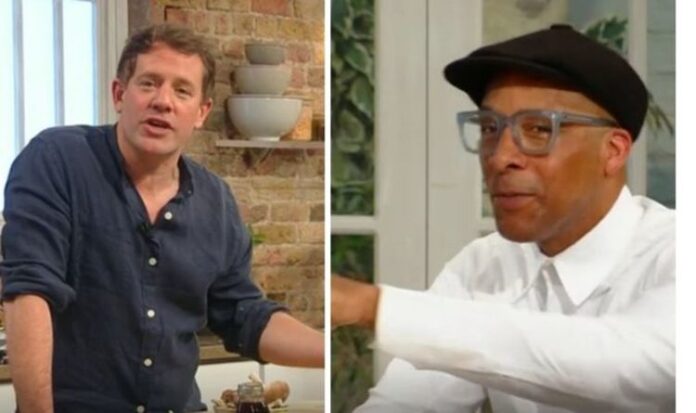 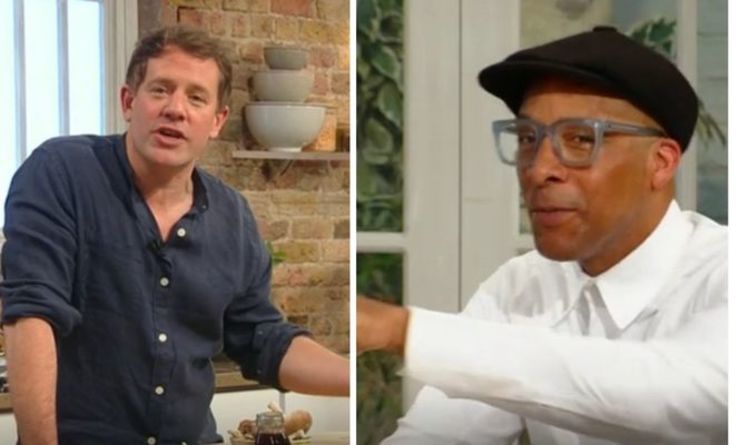 The Repair Shop star Jay appeared as a guest on hit BBC morning cooking show Saturday Kitchen to talk about his new book, Making It. As host Matt chatted to chefs Glynn Paurnell and Saliha Mahmood-Ahmed, Jay got impatient and told the TV cooks to stop talking.

Talking about Glynn’s restaurant reopening after lockdown, Matt said: “Do you have any nerves about the hours you have to kick in now?

“Because presumably after all this time you’re going to bed, you’re getting nine hours of sleep.

He added: “Yes it’s going to be tough, I’m excited for the staff really, as well as myself.

“You know I’ve had no breakfast.” Matt responded: “Good!”

Jay joked: “Come on, stop talking to them, let’s get the food!”

“Right, let’s get some food on,” Matt said, turning to Glynn to find out what was in the dish.

When asked about stand up moments, he said: “Everybody asks me that question, it’s like picking your favourite child.”

The group admitted the show makes them cry, with Jay admitting that the expert repairers always cry too , but that it’s usually cut out of the show.

Saturday Kitchen airs weekly at 10am on BBC One.