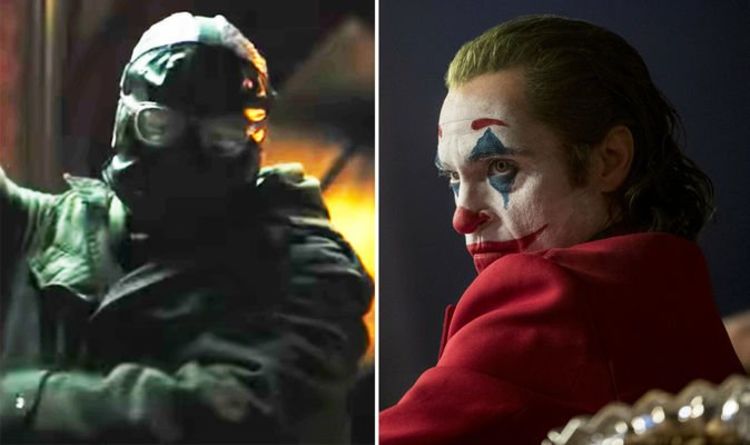 The Batman theory: Masked villain is a NEW Joker, not The Riddler – His puzzle proves it

Yesterday, saw the first trailer for The Batman land, introducing Robert Pattinson as The Dark Knight. But also the first live-action movie incarnations of villains The Riddler and The Penguin in almost 30 years. Yet what if that wasn’t The Riddler at all, but a new version of The Joker in plain sight?

The opening of The Batman trailer saw Jeffrey Wright’s James Gordon reading out the riddle left for The Dark Knight.

The accompanying message read: “From your secret friend. Who? Haven’t a clue?

While the puzzle itself said: “What does a LIAR do when he is DEAD?”

During DC Fandome, Reeves said: “Paul Dano plays a version of the Riddler that no one has ever seen before.

“What he’s doing is, I think, going to blow people’s minds.”

The main reason the masked villain isn’t The Riddler is because The Batman is set in Year Two of Bruce Wayne’s career as The Dark Knight.

So that’s a proto-Riddler we’re looking at. Unless, of course, it’s actually a twist and Dano’s villain turns out to be another proto-Joker like Joaquin Phoenix’s Arthur Fleck.

Similarly, Colin Farrell’s unrecognisable Penguin isn’t yet the crime boss he becomes. And Zoe Kravitz’s cat burglar Selina Kyle is yet to make her debut as Catwoman.

Of course, it’s still possible that The Riddler is in The Batman, but the real one is secretly played by another character.

Perhaps even hiding in plain sight as another one of the DC films’ characters.

The Batman is due to be released October 1, 2021 in cinemas.