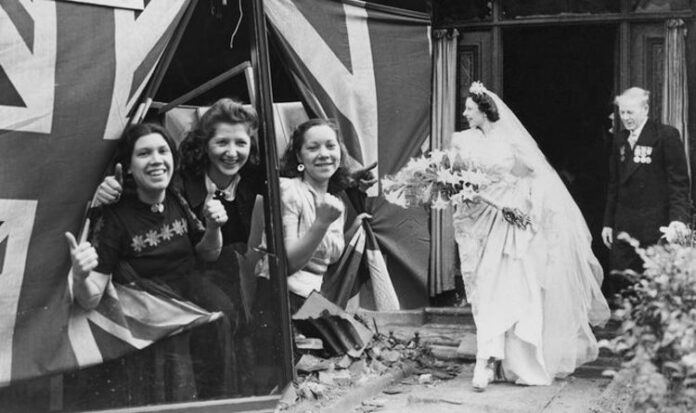 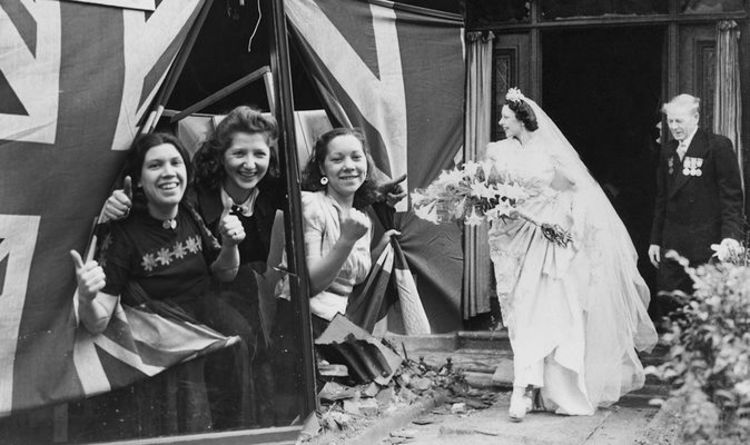 The Blitz saw many people’s lives completely change, as the war impacted people in the cities more than ever before. The bombing campaign from Nazi forces killed more than 40,000 living in cities all over the UK. But the spirit which grew out of it saw many bond more closely than ever before.

The Blitz Spirit came about when people were forced to shelter, ration and find common ground amidst incredible adversity.

As the UK has been gripped, along with the rest of the world, in the lockdowns and economic uncertainty of the coronavirus, many have compared the way in which we have clapped for the NHS and supported one another as a type of Blitz Spirit.

But the time of the Blitz saw many people die when the Luftwaffe relentlessly bombed cities.

The German airforce first focused inland before moving out into the ports, aiming to stop food supplies and production of weaponry.

However, as the new documentary The Blitz 80th Anniversary shows through footage and interviews with people there at the time, the camaraderie felt across societal divides was tangible.

In one interview, a contributor spoke of how people came together, saying: “Never going through London was I ever abused in any way, shape or form.

“Nope, it was always their arms around you. It was wonderful.

“A lot of them with Cockney voices but they were good. I’ve never forgotten it.”

For another, it was the sense of impending doom that brought people together, as well as the ‘desperate’ position they found themselves in.

A second contributor said: “It was a shared experience. Everybody was on a very high state of nerves and everybody knew that if Fire Command didn’t hold off the Germans and the German Army landed, we were finished.

During the coronavirus, The Queen spoke to the nation and invoked what many remembered as the Blitz Spirit, even quoting the wartime darling Dame Vera Lynn’s classic song We’ll Meet Again.

The Queen said: “I hope in the years to come everyone will be able to take pride in how they responded to this challenge.

“And those who come after us will say the Britons of this generation were as strong as any.

“That the attributes of self-discipline, of quiet good-humoured resolve, and of fellow-feeling still characterise this country.”

Dame Vera’s song rose in the charts again during the first coronavirus lockdown, and the nation even staged a sing-along to the song, as well as celebrating key workers with a weekly clap on the doorstep.

The bombing strategy from the Nazis mainly focused on cities, causing many deaths.

The synopsis for the new documentary, commemorating 80 years since the end of the Blitz, reads: “The film offers a brand new insight into how ordinary people managed to survive with incredible acts of courage
and features amazing never seen before archive footage, along with powerful interviews with those who experienced it first-hand…

“This fascinating and powerful documentary sheds light on those fateful months and how they affected the British people living in the cities under attack.

“The film delves into the real story of The Blitz, how it played out from city to city, with an in depth look into the build up and the difficult and emotional personal stories.

“Discover more about one of the darkest periods of the Second World War in this definitive look, where Britain was on the verge of being invaded, but held strong through stubborn defiance and a sheer will of the entire nation to never surrender.”

The Blitz 80th anniversary: How Blitz Spirit united across divides 'Never forgotten it'