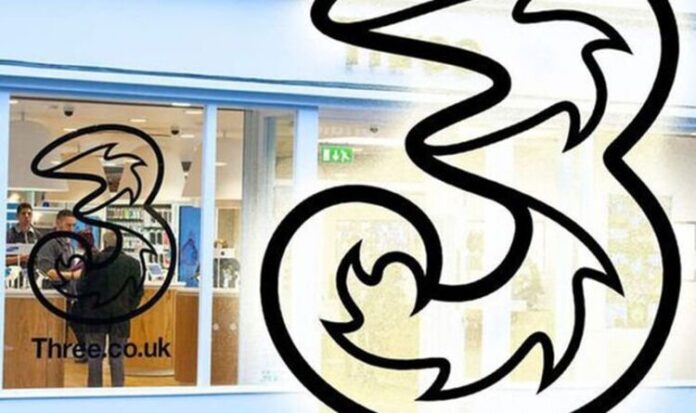 If you’re having issues with Three Mobile this morning you are definitely not alone. The popular UK network appears to be having major problems with thousands of customers across the UK reporting the popular service is not working. The problems, which are also affected the Three-powered SMARTY network, appear to have begun at around 10:15am and are still ongoing.

Independent website Down Detector, which measures social mentions around a certain topic to track outages across the globe, registered a peak of over 3,000 Three customers experiencing problems which means this is a pretty serious issue.

Many frustrated Three users have now taken to social media to complain about their phones lacking a signal with one customer name Lee saying: “@ThreeUKSupport I have no service. I’ve switched off my phone and restarted. Why is your network down”

Whilst another called Harry added: “@ThreeUKSupport I have no signal or 3/4/5g all of a sudden.”

Three has now confirmed that it is aware of the gremlins and is urging users to restart their devices.

Speaking on Twitter, Three’s support service said: “We’re aware of an issue and are working hard to get things back up and running as soon as we can. In the meantime, please try restarting your phone.”

Three Mobile DOWN: Network offline as all users urged to restart their phones