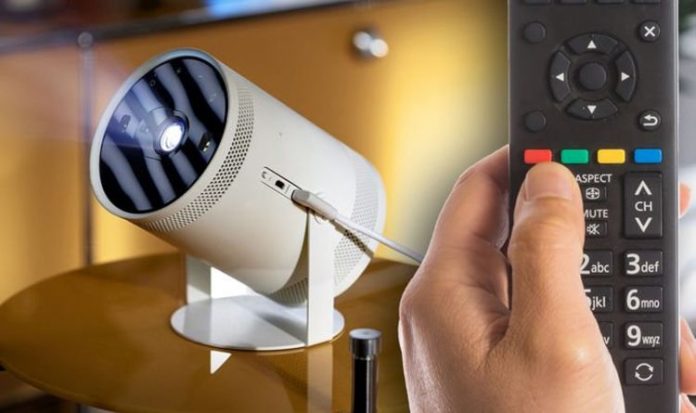 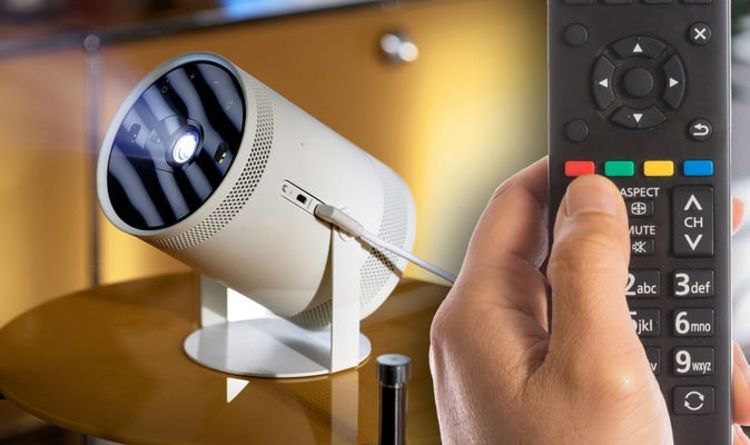 We all want bigger and brighter TVs in our homes but these mega displays aren’t exactly portable. Trying to dismantle your 85-inch 4K telly and move it to another room sounds like as much fun as watching a Christmas episode of EastEnders. Luckily it seems Samsung has come up with a neat new way of making the big screen much easier to move from room to room.

The firm’s new Freestyle gadget is a mini projector that can beam content onto any surface both inside and outside of your home.

Samsung says that the lightweight device is powerful enough to create an image up to 100 inches in size which should be perfect for anyone wanting a cinema-style experience without buying a supersized telly. The Freestyle also includes some nifty tricks including a special cradle that allows it to rotate up to 180 degrees – enabling users to show high-quality videos on tables, floors, walls or even ceilings.

There’s also an autofocus feature so you won’t have to fiddle with any settings to get crystal clear content and auto-levelling is included so things won’t appear wonky.

Samsung has made sure this device will be simple to use and it even comes with streaming apps built-in so you’ll be able to watch Netflix and Disney+ without needing a smartphone or tablet.

As well as binging on boxsets and watching movies, the Freestyle has plenty of other features including powerful speakers with a dual passive radiator enabling a clean and deeper bass.

And that’s not all as this device can also be turned into a smart speaker or smart ambient light to add some different moods and music to your rooms.

“The Freestyle is a one-of-a-kind projector geared towards ultimate versatility and flexibility to meet the consumers’ changing lifestyles,” said Simon Sung, Executive Vice President and Head of the Sales & Marketing Team of the Visual Display Business at Samsung Electronics. “Without the limitation in space and form factor, The Freestyle is a fun and versatile device that can be used in any way consumers prefer.”

There’s no word on price just yet but expect more news on a full launch in the coming weeks.

The Freestyle isn’t the only telly-watching gadget launched by Samsung this week.

The firm has just revealed its new TVs which will all launch later this year and now include better displays, improved audio and an easier way to find content. We’ve got full details on Samsung’s launch here.

There’s also a new remote control that now uses the power of the sun and your home Wi-Fi to get a refill meaning the end of hunting for those AAA batteries.