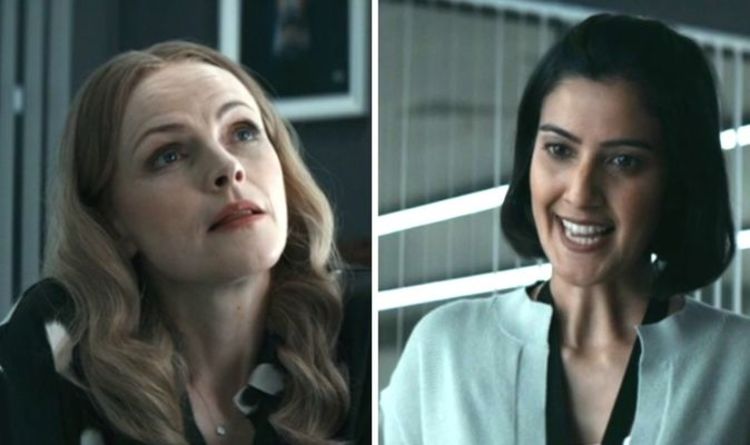 The BBC‘s new four-part drama Rules Of The Game aired its opening instalment on Tuesday evening. The miniseries follows the story of a family-run sports company manager called Sam (played by Maxine Peake) who becomes caught up in the brutal death of someone at her office. While BBC viewers had “high hopes” for the new show, many were left “disappointed” by the inaugural episode’s “terrible” storyline.

The opening instalment focused on a dead body that was discovered in the company’s reception area.

Chief Operating Officer Sam was forced to look back at the events which led up to the tragedy, starting with the arrival of her company’s new human resources director Maya (Sex Education’s Rakhee Thakrar).

The thriller, based in the north of England, also features Chewing Gum’s Susan Wokoma and Orphan Black’s Alison Steadman who try to unravel the mystery behind the death.

However, as the episode got underway many fans took to social media to hit out over the “disappointing” script despite the talented casting.

Sharon West fumed: “Struggling to keep watching this… Had such high hopes. If I pick up my phone during a drama, then it clearly isn’t that gripping! So disappointed #RulesOfTheGame.”

@ASuperGav remarked: “I’m not feeling this so far despite the undeniable talent in it #RulesOfTheGame.”

Jimmy Armstrong raged: “The worst 20 mins of television I’ve ever had to endure, absolute tripe #RulesOfTheGame.”

By the third instalment, the investigation starts to get too much for businesswoman Sam as Maya digs up potentially incriminating evidence.

By the series finale, police have a close eye on the company and Sam is forced to make some difficult decisions.

Ruth Fowler, the creator of the drama, explained on her website: “A month after my play Bled for the Household Truth closed, I got a call.

“Would I like to write a British-based TV series about the abuse of women in the workplace, loosely based on the Harvey Weinstein scandal, but packaged in a BBC1 Sunday-night thriller format? I was broke so I said yes.”

She continued: “When I was asked to write a drama loosely based on #metoo in a fictional British workplace, I was more than ready to write it.

“I’d spent my entire life waiting for this moment to create Sam – a woman who had clawed her way to the top, and had been used and abused as much as she had used and abused others.”

The #MeToo movement, which is a social movement against sexual abuse, caused companies to take action on the safety of women in the workplace.

Rules Of The Game continues Tuesday at 9pm and it can also be watched on BBC iPlayer.

‘What a waste’ Rules Of The Game backlash: BBC viewers hit out over storyline