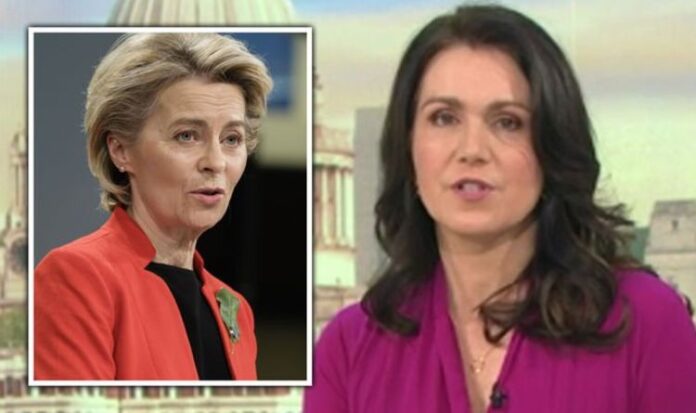 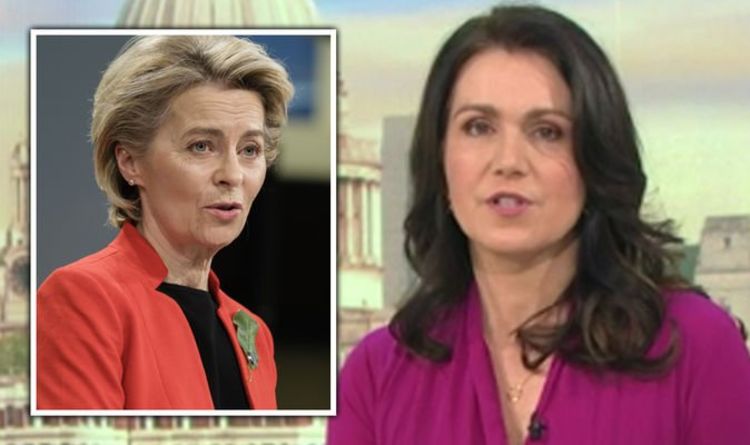 Susanna Reid and Kate Garraway welcomed former Brexit Party MEP Ann Widdecombe, founder of Scientists for the EU Mike Galsworthy and the chair of Global Public Health at the University of Edinburgh Professor Devi Sridhar onto Good Morning Britain today to discuss the EU recent comments on coronavirus vaccine exports to the UK. However, Susanna slammed Ursula von der Leyen and accused the EU of “politicising” the issue.

“Mike Galsworthy your co-founder of Scientists for the EU,” Susanna began. “Look, there might be a lot of people who completely disagree with Ann Widdecombe about Brexit.

“But might also think why is the EU making this political and why have they made such a mess of it?”

Mike replied: “There are various issues here for a start if you look at what Ursula von der Leyen said, she said that the EU have now exported some 41 million vaccines around the world.

‘Why has the EU made such a mess?’ Susanna Reid skewers Brussels in fierce vaccine row