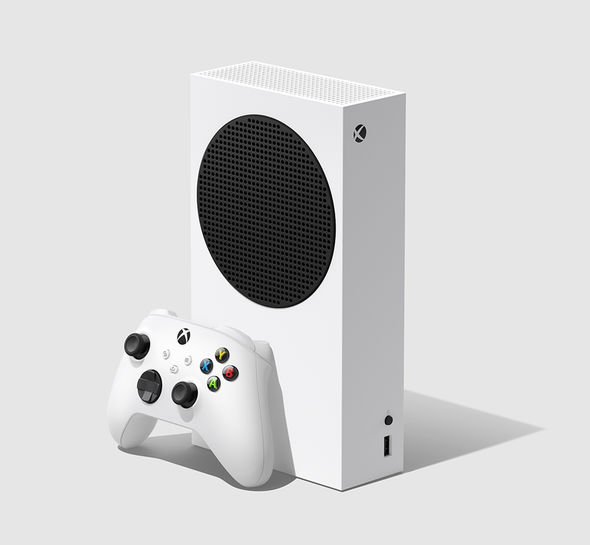 The next generation of Xbox consoles finally launch today, and Microsoft fans have two new gaming gadgets to choose from.

For those wanting the ultimate experience, there’s the Darth Vader-style Xbox Series X, which gets premium power with a price tag to match. This giant black box of tricks will set you back £449.99 and that doesn’t include a single bundled game.

Luckily, there is something a little cheaper available, as the smaller Xbox Series S lands in living rooms for a more wallet-friendly £249. There’s also a 24-month deal from Microsoft, which offers the console and access to Xbox Game Pass Ultimate for £20.99 per month. Now that sounds seriously enticing.

We’ve been using this compact console for the past week, and have grown really fond of it.

Its small and neat design will fit perfectly next to your TV, while the sleek white appearance makes sure it won’t look out of place in even the most style-conscious of homes.

And don’t think for one minute that its small size means the Series S can’t keep pace with the latest titles, because this machine packs plenty of power.

Under the white plastic body is a 3.6GHZ CPU with 8 Cores, which supplies enough oomph to make all the latest games feel silky smooth on the screen.

The Xbox Velocity Architecture, powered by a custom SSD, also works together with the innovative system on a chip (SOC) technology to provide gameplay up to 120 frames-per-second.

It’s all very impressive and means the Series S is more than capable of producing some seriously stunning graphics.

There’s also much faster load times which are definitely noticeable. Titles such as Forza Horizon 4 load in a flash, and the in-game action also arrives at a much more rapid rate.

Another nice bonus of this power is something called Quick Resume, which allows you to switch between titles and resume instantly from where you left off. Not even the more expensive PS5 has this ground-breaking feature, which is sure to be a huge hit, especially as it works so seamlessly.

One final thing to mention is just how quiet the Series S is when games are running. It’s almost impossible to hear the fan whirling inside. In fact, the only way you know it’s working is to feel the hot air being pumped from the black mesh circle on the top of the console.

Away from the actual machine itself, you’ll find a slightly updated controller. It’s no bad thing that Microsoft hasn’t made any major changes to this much-loved accessory and it performs just as well as before. Things are refined via superior grips, a new share button and better D-pad for more responsive gameplay.

So that’s everything good about the Series S, but are there any negatives?

The simple answer is yes, with one of our biggest gripes coming in the form of the measly internal storage.

The Series S is a digital-only console which means there’s no disk drive. If you want to play games you’ll need to download them, but with just 500GB of storage, it’s not going to take long before things are fit to burst.

To make matters worse, the system install takes up a fair chunk of the hard disk, meaning you are only left with about 350GB of usable space.

If you don’t think that will be enough – and believe us it won’t be – you can add extra storage via a clever port on the rear of the machine.

Xbox Series S can be stored on its side (Image: MICROSOFT)

An Expansion Card slots straight into this socket, adding 1TB of additional storage. Great news you may think? Well, not when you see the price tag. This Seagate Storage from the Microsoft Store will set you back £219, which is quite simply ridiculous.

Add that to the asking price of the Xbox Series S, and suddenly this cheaper console looks very, very expensive.

As for the list of launch games, there’s nothing exclusively available on the new console that can’t be played on the Xbox One S.

Microsoft’s 2016 games machine currently costs £249.99 and includes a bigger 1TB of storage out of the box – plus you get an ultra-HD disk drive.

Admittedly, the Xbox One S is nowhere near as fast and doesn’t feature all of the bells and whistles found in the Series S, but you may find yourself wondering if that console offers better value for money.

There’s no question that the new Series S is a great console that has gorgeous looks to match. This mini machine comes packed with features and extra power, which bring faster load times and the option to whizz between titles in the time it takes to blink.

The slimline design also means it’s easy to hide away, which is not something that can be said about the towering Series X and gargantuan PS5.

The tweaked controller improves on what was already a great accessory and we can expect plenty of games to be revealed in the coming months which are bound to look better on the Series S.

However, despite all of these positives, we can’t help feeling a little confused by this entry-level games machine.

With Microsoft pitching this as a digital-only device, that 500GB of storage seems pretty pathetic, especially when boosting it costs almost as much as the device itself.

If you already own an Xbox One S or an Xbox One X, this doesn’t feel like a worthy upgrade, especially with Black Friday sales coming up soon.

The Series S is not a bad console and we’ve loved every single minute of our time with it.

Our problem with the S is we’re not really sure who it’s aimed at, and that could prove to be a big issue for Microsoft.