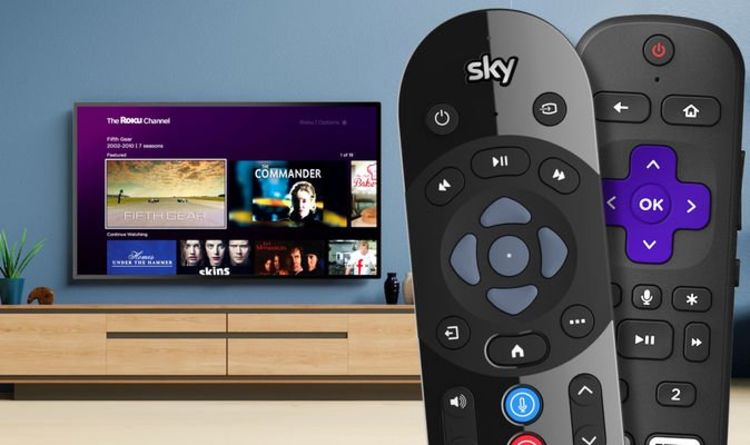 Roku launched the Roku Channel in the UK back in April, bringing free films and television shows to anyone with either a Roku Streaming Stick, Roku TV, Sky Q box, or NOW TV dongle. Not only are the Hollywood blockbusters and boxsets on the Roku Channel free to stream at any time – but Roku won’t even force you to sign-up with an account to get access to the hours of content available.

And now, Roku has expanded its generous offering to more people by removing the need to own any of the kit listed above. Instead, the Roku Channel is available as a standalone mobile app for iPhone and Android devices.

That means iPhone owners will be able to binge on boxsets and stream must-see movies from their smartphone without paying a subscription fee, like you’ll need to do to watch the likes of Netflix, Amazon Prime Video, Apple TV+ and more. Unlike those with a Roku dongle plugged into the HDMI port on their TV or Sky Q box nestled in their TV unit, iPhone and Android users will need an account.

Roku is using advertising to fund the channel and make sure there’s a constant rotating library of content for viewers to binge.

Since its launch in the UK earlier this year (it’s been available to Roku users in the United States for some time now), the Roku Channel boasts more than 10,000 free movies, documentaries, and television episodes.

The movies will be available for a limited time, with Roku refreshing the selection regularly. TV shows will be available for longer than movies – to give viewers a chance to catch every episode before the title leaves the service. A number of rival services, including Netflix and Amazon, use the same approach to keep the content library feeling fresh. Apple TV+ is different since it only includes shows commissioned by Apple itself – there are no licensed shows or movies.

Roku Channel will include the likes of shows such as Homes Under the Hammer, The Commander, Ultimate Force, Fifth Gear, Skins and Britain’s Best Bakery, alongside Hollywood hits such as Get Carter, The Wicker Man and Les Miserables.

Like Netflix, Prime Video and BBC iPlayer, the Roku Channel will learn from your viewing habits to better suggest new shows and movies based on your tastes. So, as the rotating library of ad-supported content changes – it will highlight new additions that chime with the kind of movies and boxsets you’ve been watching on the service.

Roku says it has worked extremely hard to ensure that viewers won’t see the same adverts playing before their shows or movies. Not only that, but the company – which launched the Roku Channel in the United States back in October 2017 – has promised to use fewer adverts than other on-demand services. A dedicated kids section will feature less adverts than comparable ad-supported terrestrial channels aimed at younger viewers, Roku adds.

The Kids & Family section only contains shows and movies that have been hand-picked to be suitable for children. There is also a character row, helping parents and kids find the show they want to watch. Titles in Kids & Family at launch include Bob the Builder, Teletubbies, Oddbods, Bernard, Ryan’s World Specials, Fireman Sam and Baby Einstein Classics.

At launch, The Roku Channel in the UK features over 40 content partners, including All3Media International, EndemolShine Group, FilmRise, pocket.watch and DRG, plus Hollywood studios such as Lionsgate and Sony Pictures Television. More publishers are expected to be added over time, Roku promises.

This number is illegal – whatever you do, don't keep a...

Samsung is about to launch something ‘new’ and all will be...