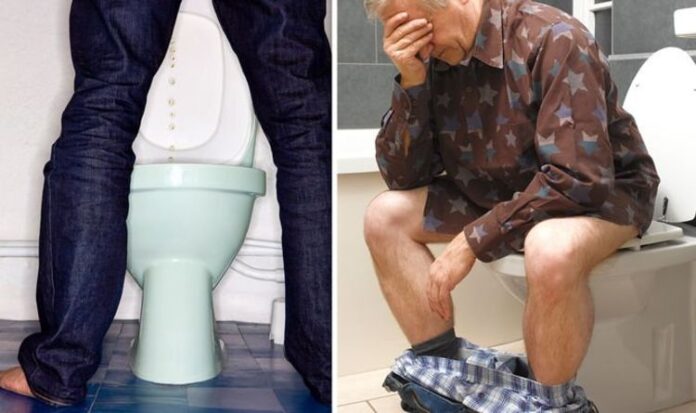 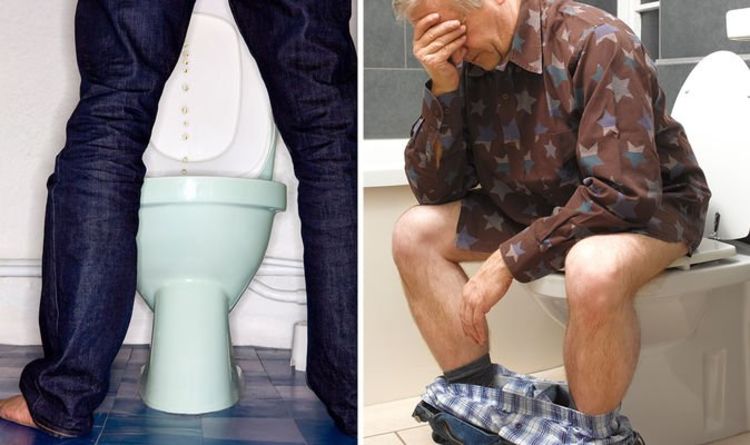 If a cancerous tumour is big enough to press on the urethra – the tube that carries urine from the prostate gland out through the tip of the penis – then urinary issues will present themselves. The NHS highlighted the toilet troubles one might expect if they have prostate cancer. To begin with, the cancerous tumour can cause a person to urinate more frequently, often during the night.

The urge to urinate might come with a sense of urgency; for example, one might wake up several times during the night needing to rush off to the loo.

There may also be some “hesitancy” to start urinating, which means that it can be challenging to get the urinary flow from starting.

This could lead to the sensation of straining, and it may take a really long time to empty your bladder.

Even after you manage to urinate, people with prostate cancer might feel as though their bladder isn’t fully empty.

The charity Prostate Cancer UK confirmed that trans women can still develop prostate cancer because the gland is not routinely removed during genital reconstructive surgery.

If you find yourself having more bowel issues than urinary troubles, it could be indicative of bowel cancer – with both sexes at equal risk of the disease.

A persistent change in bowel habits is one illuminating warning sign of bowel cancer.

Another indication of bowel cancer might be speckles of blood in the poo, especially if you’re not suffering from haemorrhoids (lumps in and around the anus).

Signs of haemorrhoids (i.e. piles) include:

Any abdominal pain, discomfort or bloating – always brought on by eating – could be a warning sign of bowel cancer.

This may also cause a person to eat less frequently to avoid discomfort and could result in weight loss.

Do note that constipation (i.e. harder stools to pass) are “rarely caused by serous bowel conditions”.

If you have looser, runnier poos, blood in the faeces, or abdominal pain for three weeks or longer, it’s time to book a doctor’s appointment.

“More than nine out of 10 cases of bowel cancer develop in older adults over the age of 50,” said the NHS.

Lifestyle factors that can increase a person’s risk of bowel cancer include:

Cancer symptoms: Toilet troubles may be indicative of a growing tumour – signs