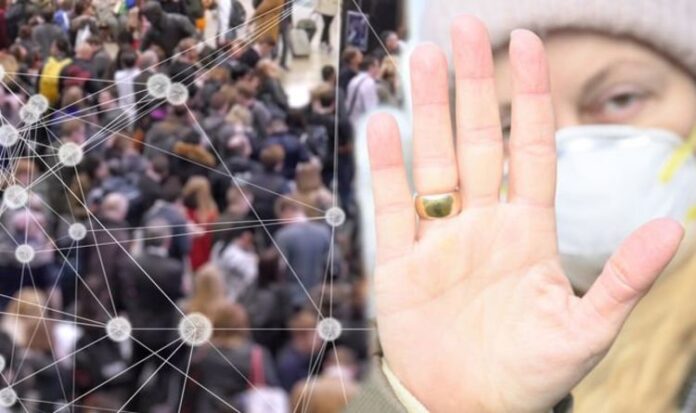 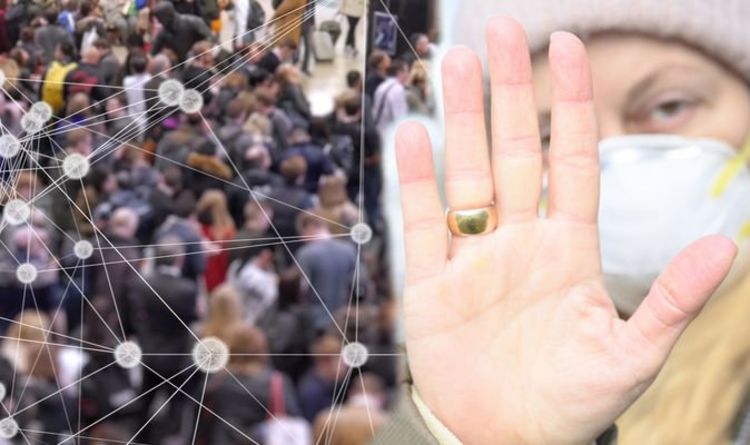 In late December of last year in the UK, evidence began to emerge of a COVID-19 variant which was prevalent and rapidly outcompeting pre-existing variants in at least three regions of England. Areas noted included the South East, London and the East of England. Scientists have been able to pinpoint the cause for this prevalence.

In a study published in the centre for mathematical modelling of infectious diseases, the transmissibility of the new coronavirus strain was investigated.

The study noted: “Social contacts and mobility data suggest that the rise in relative prevalence within England is unlikely to be caused by founder effects: that is, if certain regions had higher levels of transmission as a result of more social interactions, genetic variants that were more prevalent within these regions could become more common overall.

“However, we did not find evidence of differences in social interactions between regions of high and low prevalence, as measured by Google mobility and social contact survey data.

“The apparent decoupling between social contacts and transmission during November and December could therefore indicate a change in characteristics of the virus.”

This variant seems to have increased in incidence during the last period of national lockdown and continued to increase following the lockdown despite many of the affected areas being in the highest level of restrictions.

The study also found that regardless of control measures simulated, all NHS regions were projected to experience a subsequent wave of COVID-19 cases and deaths, peaking in spring 2021 for London, South East and East of England, and in summer 2021 for the rest of England.

In the absence of substantial vaccine roll-out, cases, hospitalisations, ICU admissions and deaths in 2021 may exceed those in 2020, it was noted.

“School closures in January 2021 may help to delay the peak and decrease the total burden in the short term,” said the study

“However, implementation of more stringent measures now with a subsequent lifting of these restrictions in February 2021 leads to a bigger rebound in cases, particularly in those regions that have been least affected so far.”

Fortunately, the vaccine roll-out will help to further mitigate transmission, although the impact of vaccinating 200,000 people per week similar in magnitude to the rates reached in December 2020 may be relatively small.

An accelerated uptake of 2 million people vaccinated per week is predicted to have a much more substantial impact.

Scientists warn that government officials must act now as the most stringent intervention scenario with Tier 4 England-wide and schools closed during January, and 2 million individuals vaccinated per week, is the only scenario considered which reduces peak ICU burden below the levels seen during the first wave.

For those worried about this new variant and the array of symptoms potentially warning of a COVID-19 infection, a study conducted by University of Southern California has identified the order of symptoms as they progress.

A distinctive pattern was able to be laid out by researchers helping to determine whether symptoms such as a cough are a major sign of COVID-19 or not.

To determine this pattern researchers analysed rates of symptom incidence collected by the World Health Organisation (WHO) for over 55,000 confirmed COVID-19 cases.

According to the researcher’s findings the order of symptoms includes:

Covid new strain: Scientists discover cause for new strain and the four symptoms to spot

Dementia care: Apathy is an early sign of the condition according...