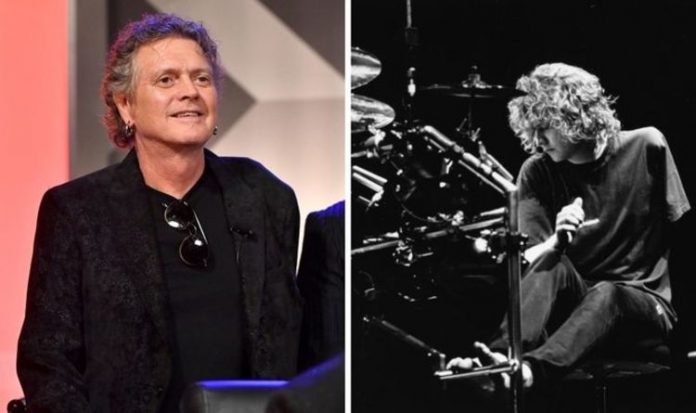 Def Leppard Rick Allen: How did Rick Allen re-learn to play drums with one arm? 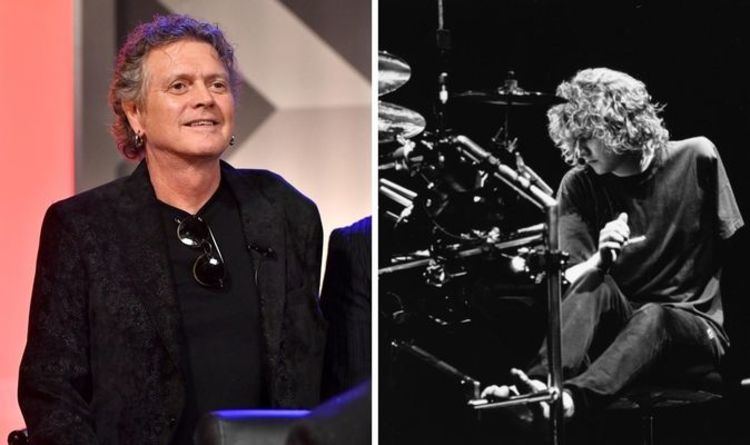 Def Leppard has been together for countless years, and its drummer has been around for most of the time they have been together. Rick Allen, the band’s drummer, was forced to go through a painful ordeal relearning to play the drums after he lost an arm in an accident. He had plenty of new equipment to help – but how did he relearn the drums with one arm?

How did Rick Allen re-learn to play drums with one arm?

When Allen was 14, his mother replied to an advert to replace the band’s former drummer, Tony Kenning, and by November 1, 1978, he had joined the band.

Allen was just 15-years-old at the time, and in 1979, he dropped out of school to concentrate on a career in music full time, which saw him performing on stage, opening for AC/DC on his 16th birthday.

However, these glory days changed when a terrible accident saw his life completely transformed.

On December 31, 1984, Allen and his then-girlfriend Miriam Barendsen were driving on the A57 just outside Sheffield, from which the band hails.

READ MORE:  Rule Britannia! lyrics: What are the words and what is the meaning?

According to Ultimate Classic Rock, Allen misjudged a curve which saw the car crash through a stonewall and flip several times.

Allen’s seatbelt was not fully fastened, therefore he was ejected from the vehicle.

He told the BBC: “I think my arm was left in the car,” though someone who lived nearby packed his arm in ice, in the hope of reattaching it.

The arm was reattached in hospital, but due to infections, it was forced to be amputated, while his right shoulder was badly broken.

Barendsen is reported to have suffered from severe whiplash after the accident and had some head injuries.

Allen began a lengthy recovery programme from there, which saw him return to the stage in August 1986.

Speaking of this time, he said: “Getting back to a place where I could re-join the band had been a very tough process.

“At first even walking was a trial, but I locked myself away in a room at my parents’ house in Dronfield and just played and played.

“There were times when I thought I just couldn’t do it and wanted to curl up into a ball and give up. But I persevered.

Allen continued to practice on a specially designed electric kit, often in a separate studio to his bandmates, who at no point sought a full-time replacement for him.

Jeff Rich, another drummer, acted as a stand-in for Allen, playing alongside him at gigs and in rehearsals.

According to Allen, Rich missed a flight to join them for a gig in Ireland, so Allen played alone, showing his bandmates what he could do.

From then on, he performed as their only drummer, making a triumphant return at the Monsters of Rock festival in 1986.

Another thing which helps Allen play is to listen in to the loops.

Asked about this in Modern Drummer, he said: “For 75 percent of the show I use what I call a base kit, which is everything straight – no loops, nothing.

“It’s just as I would play with one arm and two feet. And then for the occasional song that I think needs to be carried by some kind of percussive element, I’ll use some of the triggering devices that I was telling you about.

“It makes for a very musical approach to using percussion.”

Because of Allen’s disability, he has a special kit made up for him which has triggering devices which means he can create beat phrases, then play them on repeat so they continue to play along with the band.

As he has one arm, this means he has one limb fewer to play with, which can mean elements of the drums are missing from songs.

The triggering devices, he explains, allows for short phrases to be repeated as he likes, but in a way which feels more live than using a sequencer.

A sequencer is technology used by people such as Ed Sheeran, where a few bars of music are played, recorded, then repeated, but with the triggers Allen refers to, he does not have to stick to a particular metre and can be freer with his playing.

A drum loop is a short recording of multiple drum materials, so in Allen’s case, he is listening to a loop he has created as he adds to it percussively for some songs.

He added: “It’s annoying to me to see a band where it’s all canned, either on a hard-disk recorder or this or the other thing.

“It kind of ruins the vibe. It’s too much of the studio following you.

While Allen has openly spoken about the darker side of his recovering, which included self- medicating and PTSD, he also hopes to try and help those who are suffering in similar ways to him.

Speaking to ABC News in 2012, he added: “I didn’t know what my life would be like after that terrible day. It was the darkest time in my life…

“My desire is to encourage a support system for warriors, de-stigmatise PTSD, share their stories and offers alternative ways to pave the road to resiliency and health.”