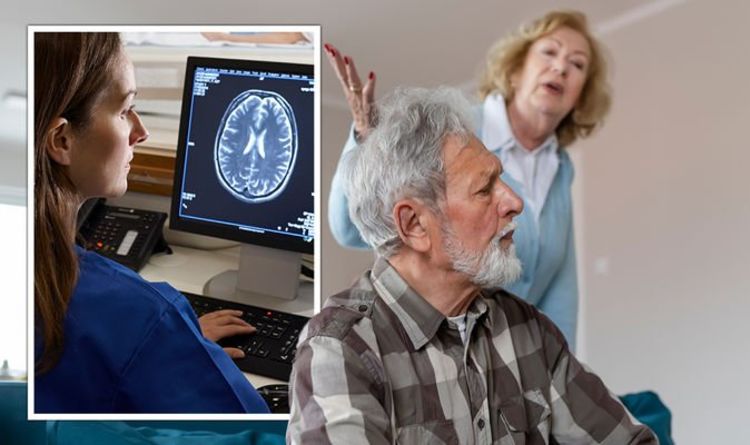 Known as amyloid and tau proteins, the NHS added that there’s also a decrease in the chemical messengers (i.e. neurotransmitters) in the brain.

“Levels of one neurotransmitter, acetylcholine, are particularly low in the brains of people with Alzheimer’s disease,” the NHS stated.

Risk factors for developing Alzheimer’s include increasing age, with people doubling their risk of the disease every five years after the age of 65.

Genetics also seem to play a part in the development of the condition, albeit the risk is increased only marginally due to this factor.

Research is currently ongoing as to whether severe head injuries can lead to the condition.

Several lifestyle factors and conditions have been shown to increase the risk of Alzheimer’s, such as:

The latest data also suggests that other factors could play an important role in the development of Alzheimer’s.

For instance, hearing loss, social isolation, and a sedentary lifestyle could all be contributing factors.

Ministers to push for booster extension to all over-18s – when...

Loss of libido: Experts disclose five techniques on how to get...