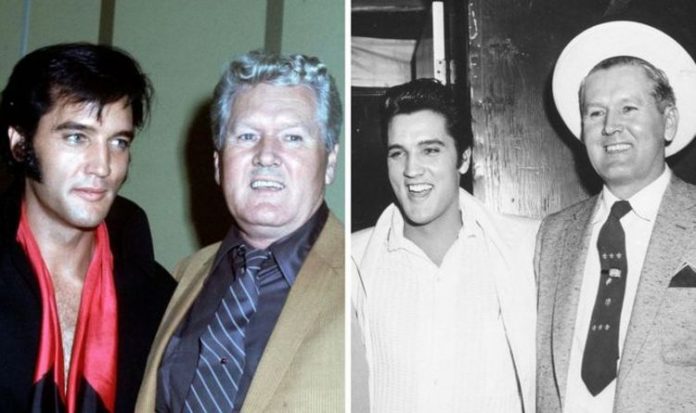 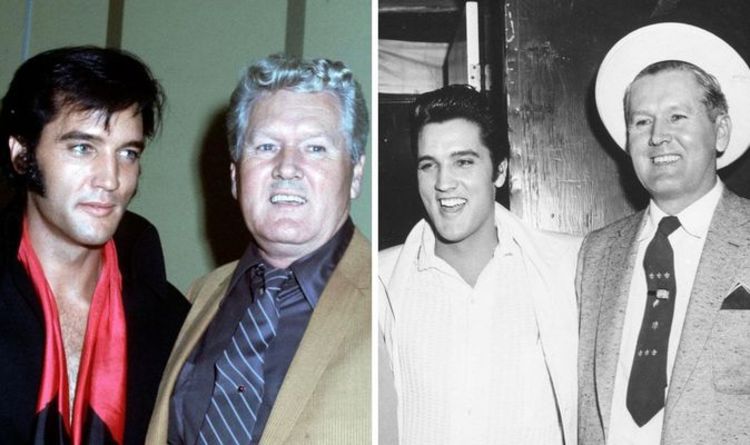 Elvis Presley was close to his parents, being an only child in Mississippi. His close relationship to his mother is of particular interest, with him even once saying the local children called him a “mama’s boy.” However, his father was very involved in the career of the young Elvis – but what happened to Vernon Presley?

Vernon Presley was born on April 10, 1916, in Fulton, Mississippi, and met and married Elvis’ mother Gladys Smith when he was just 17.

In an interview with Good Housekeeping, Vernon spoke of how excited he was to welcome his child into the world.

“At that time there was almost nobody poorer than my wife Gladys and me.

“But we were thrilled and excited when we learned that we were going to be parents.

“I was only 18-years-old but throughout Gladys’ pregnancy it never occurred to me that I wouldn’t be able to take care of her and the baby.”

According to Peter Guralnick’s book Last Train to Memphis: The Rise of Elvis Presley, Vernon moved from various odd jobs, but in 1938 served eight months in prison after altering a cheque.

However, when Elvis started to show some singing prowess in their church, Vernon was with him to guide him to stardom.

Elvis, in Guralnick’s book, reportedly told his father he was told he could not sing when he cut an acetate at Sun Records in 1954, but that did not stop the young man.

Eventually, when Elvis was 20, he was offered a contract with Sun Records, but as he was still too young to sign along, Vernon did this for him.

The Washington Post reported Vernon managed Elvis’ affairs from Graceland, where the family lived from when Elvis was 21.

He went on tour with his son, as well as helping to oversee his finances, but of course, he had a few treats along the way.

Vernon visited Elvis on movie sets and even had a role as an extra in Live A Little, Love A Little.

However, Variety reports Vernon was said to be “deeply insecure” about his management of finances and felt unqualified for the job, fearing the family would soon be thrown back into poverty.

In 1958, while Elvis’ career was growing and he was beginning to appear in films, Elvis was drafted into the US Army and was placed in Germany, but during this time tragedy struck for the whole family.

Shortly after he left, Gladys was diagnosed with hepatitis, and her condition worsened very quickly.

Elvis was given emergency leave to visit her, arriving in Memphis on August 12, but she died on August 14, 1958, of heart failure at age 46.

Both Elvis and his father were distraught, and it changed a great deal of how they lived their lives from that point.

Two years after Gladys passed away, Vernon married his second wife, Dee, and the pair moved into a home together on the Graceland estate.

In 1976, as Elvis’ health began to fail, Vernon fired the “Memphis Mafia,” a group of paid people Elvis kept with him while on tour, as a means of cutting back on “expenses.”

Only a year later, in 1977, Elvis died, and Vernon was named an executor of his will.

Vernon died in 1979, after which his inheritance from his son went to Lisa Marie Presley, Elvis’ daughter.

Lisa Marie was only able to take on this inheritance when she reached 25-years-old, and it was maintained for some time by her mother Priscilla.