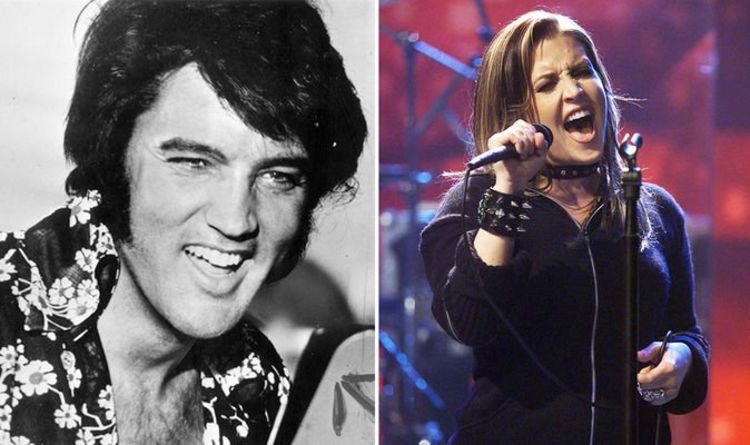 Elvis Presley’s only daughter Lisa Marie lived at Graceland on and off until The King’s tragic death. Despite only knowing her father for less than a decade, the 52-year-old has many fond memories with Elvis. And just like the star, she became a singer herself, releasing three albums to date.

It turns out her ambitions to follow in her father’s footsteps started when she was very young.

In the early seventies, Elvis caught Lisa Marie at Graceland singing into a mirror while holding a hair brush.

Speaking with Access Hollywood in an unearthed interview, she said with a smile: “I remember being absolutely horrified!

“I realised he’s been watching me this whole time.”

To this day the rooms are preserved to the period when Elvis was living there.

However, Graceland’s upstairs is totally off-limits to the public.

After all, this was The King’s private area, even when he was alive.

This means the last record he played, a fresh recording of JD Sumner and the Stamps, is still on the player.

While even a styrofoam cup still rests on a bookshelf.

Lisa Marie occasionally stays over at Graceland when she visits with her family.