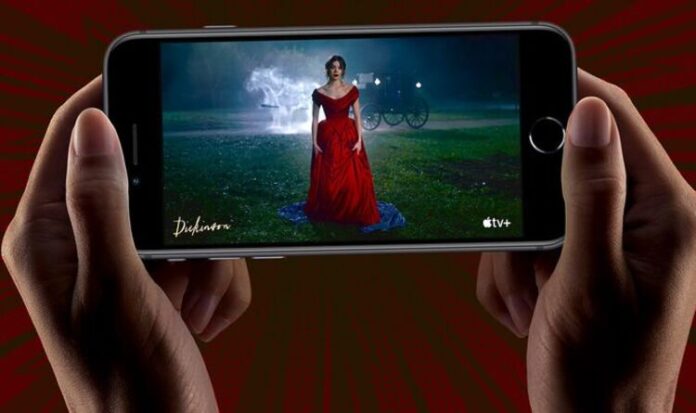 For that low monthly cost, you’ll get the handset, unlimited text messages and calls, as well as 10GB of mobile data. That’s double what O2 usually offers at this price point. Better yet, O2 is offering an iPhone SE with 128GB of built-in storage for the same price as it usually charges for 64GB. Heading to your local Apple Store, you’ll pay £389 for the 64GB model SIM-free, compared to £439 for the 128GB model.

O2 will charge £29.99 upfront for the handset. Of course, since this is a contract with O2, you’ll benefit from its Priority scheme. This awards customers a free coffee and discounts on lunch deals from a number of high street stores. You’ll also enjoy early access to gig tickets for some of the biggest shows in the UK, including London’s O2.

You’ll also be able to use the free Wi-Fi network available across the London Underground network. And following the multi-billion merger between Virgin Media and O2, those with Virgin Media broadband at home and an O2 contract for their phone can unlock additional benefits.

The second-generation iPhone SE arrives with the same chassis as the iPhone 8, that means you won’t have the all-screen design found on the pricier models. It also means you’ll have the circular Home Button with a Touch ID fingerprint scanner baked-in. iPhone SE is water-resistant to a depth of one-metre for more than 30 minutes. It also has a 4.7-inch Retina Display with support for True Tone, which adjust the colour temperature on-screen to match the environment around you.

iPhone SE only carries a single rear-facing camera, which means you won’t get the lossless optical zoom found on other iPhone models. Using the AI processing built into the A13 Bionic chipset (originally introduced with the iPhone 11 and iPhone 11 Pro), the iPhone SE still supports Portrait Mode, which artificially adds bokeh blur behind the subject to recreate the types of shot that you’d get from a DSLR. A number of Portrait Lighting effects, including Natural, Studio, Contour, Stage, Stage Mono, High‑Key Light Mono are also included with the handset.

The smartphone supports slow-motion up to 240 frames-per-second. The diddy handset also packs 4K video recording up to 60 frames-per-second too. Contactless payments via Apple Pay are also supported with the second-generation iPhone SE.

Of course, while this is an incredibly low price for an iPhone – if you’re the sort of person who always wants the latest shiny gadget from Apple’s Californian labs, be aware that some rumours suggest we’ll see a new iPhone SE during the “Peek Performance” keynote on March 8. If you want to hold off, Express.co.uk will be in the (virtual) audience and have all of the announcements from the iPhone manufacturer. So stay tuned.

Virgin Media takes aim at Sky with a big incentive that...