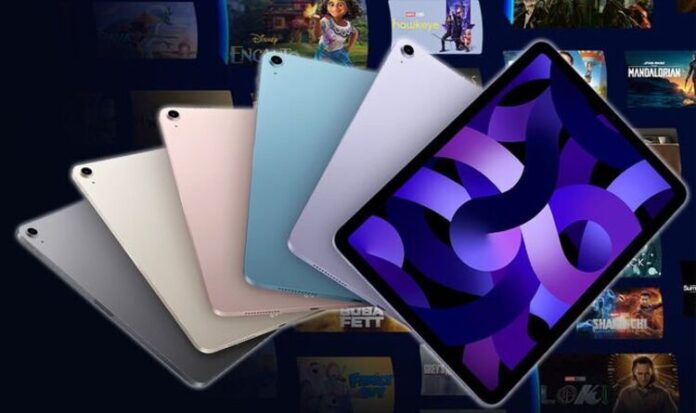 O2 has unleashed its latest batch of iPad deals to celebrate the arrival of the all-new iPad Air, which hits store shelves in the UK today. The mobile network offers Apple fans the chance to pay off the latest tablet in monthly instalments – making it more affordable, and bundles a number of generous freebies too! iPad Air owners will be treated to six months free subscription to Apple Music, which includes access to 90 million songs in lossless audio quality, hand-curated playlist, and live radio from the likes of Zane Lowe, Julie Adenuga and celebrities including Elton John, Pharrell Williams, and St. Vincent. Not only that, but you’ll also enjoy six months of Disney+ for free.

For those who don’t know, Disney+ lets you download and stream every film in the Star Wars saga, all entries in the Marvel Cinematic Universe, all episodes of The Simpsons, classic animated films from Walt Disney Pictures, Pixar Studios, series and movies from National Geographic, including the award-winning Free Solo and The Rescue, and new original boxsets, like The Mandalorian, WandaVision, Monsters At Work, High School Musical: The Musical: The Series, and more. Under the Star sub-brand, Disney+ is also home to shows and films aimed at an older audience, including the exclusive DopeSick, which chronicles the epicentre of the United State’s struggle with opioid addiction, and Pam & Tommy, a new black comedy that explores the infamous honeymoon sex tape that was leaked to the public.

Disney+ usually costs £7.99 a month, which means this freebie from O2 offers a saving of £47.94. Meanwhile, Apple Music costs £9.99, so you’d need to cough up £59.94 to access the music streaming service for the six-months that O2 is handing out for free. Both of these services can be used on your new iPad Air, but you’ll also be able to sign-in on your smartphone, Smart TV, games console, and laptop too.

O2 charges £29.50 a month for the brand-new iPad Air, which includes the latest Apple-built tablet and 2GB of 5G data. O2 is one of the few networks that has pledged not to resurrect the dreaded EU roaming charges, so you’ll be able pop your iPad Air into your backpack and that 5G data allowance abroad with no extra charges.

O2 offers the iPad Air on a 48-month device plan, while the mobile data contract is just 24-months. At the end of two years, you’ll be able to organise a new data plan with O2, or another mobile network, while you’re still paying for the device in monthly instalments to O2. Of course, if you don’t want 5G mobile data to use the iPad Air away from Wi-Fi, you can choose to drop the data plan entirely. Apple charges £719 for the 64GB model with support for 5G mobile downloads from its online store.

Sky Q: Here’s 7 tricks you absolutely need to know to...

Huge Android 12 leak reveals the biggest features coming to your...