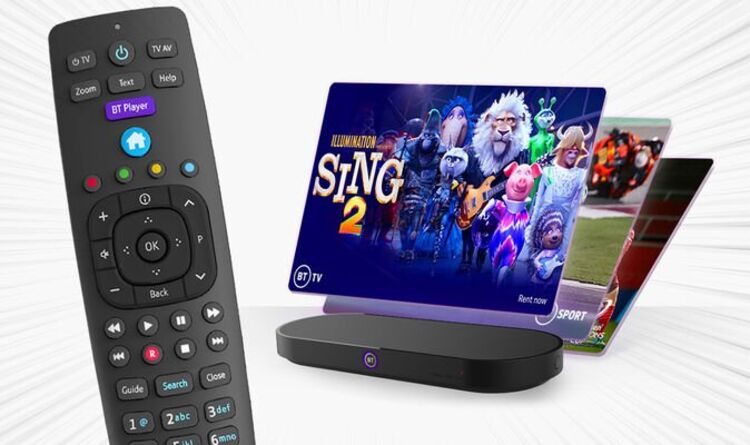 You can unlock a Netflix subscription and access to Sky TV for just £6 a month, thanks to an incredible new deal from BT. The blockbuster promotion – which is only on sale for a few more days – is available to both new and existing BT broadband customers. For £6 a month, you’ll get a Netflix subscription (worth £6.99), a NOW Entertainment Membership (worth £9.99), and the critically-acclaimed BT TV set-top box, which can pause and rewind live television, store up to 600-hours of recorded television, and stream boxsets and movies from Netflix, Prime Video, BBC iPlayer, Disney+ and more in up to 4K Ultra HD quality.

This bundle usually costs £17 a month – saving you £264 over the course of the 24-month contract. Even if you’re not interested in a BT TV box or access to Sky TV channels, it’s worth taking advantage of the deal. Following a price rise from Netflix earlier in the year, the Basic package from Netflix now costs £6.99 a month – or 99p more than BT is charging for its Entertainment bundle, which includes that same Netflix plan. And of course, you’ll also unlock hundreds of on-demand boxsets from Sky TV, including exclusive shows like Mare Of Easttown, Brassic, Succession, The White Lotus, as well as live channels like Sky History, Sky Atlantic, Sky Crime, Comedy Central, and MTV included too.

Sky Atlantic is only available on BT TV thanks to the bundled NOW Entertainment Membership, formerly NOW TV. The channel, which is home to some of the biggest dramas – like Gangs Of London, Succession, Mare Of Easttown, Little Big Lies, The Undoing, Game Of Thrones, and The Gilded Age – isn’t accessible on Virgin Media’s TV 360 set-top box, even when customers pay extra to bring Sky TV channels to their package. NOW is tightly integrated into BT TV, making it easy to access on-demand boxsets and live channels.

What if you already pay for a Netflix subscription, should you still opt for this deal?

Yes, absolutely. If you already pay for your own Netflix subscription, thankfully, you will not need to ditch the account when you switch to the BT Entertainment bundle – losing your viewing history. BT offers existing subscribers the ability to transfer their accounts to their monthly BT bill without losing any data. At the end of the contract, you’ll be able to separate your Netflix account from your monthly BT bill again.

Get Netflix and Sky TV channels for just £6, but blockbuster deal expires this week