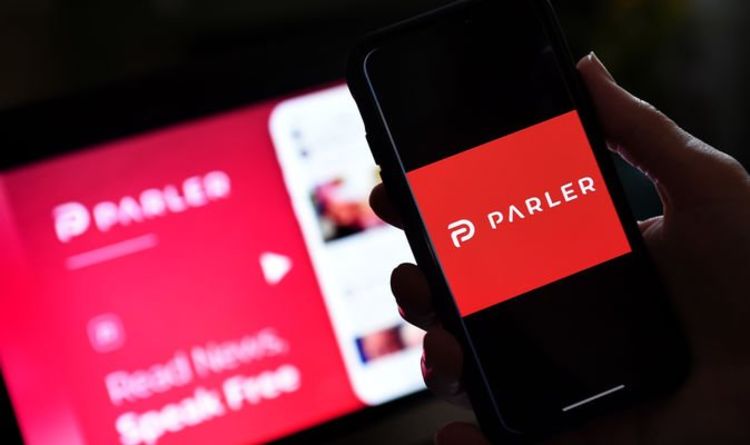 Social media has been awash with controversy in recent days, with Donald Trump permanently suspended from Twitter following the storming of the US Capitol by his supporters. Now a new app has come under fire, the so-called “free speech driven” app Parler. Parler has been popular with those banned from Twitter, including supporters of Mr Trump, but is now facing bans from the top app stores – Google Play and Apple.

Google has banned a relatively new social media site Parler, which had become popular with those facing Twitter bans.

In a statement, Google said that “for us to distribute an app through Google Play, we do require that apps implement robust moderation for egregious content.

“In light of this ongoing and urgent public safety threat, we are suspending the app’s listings from the Play Store until it addresses these issues.”

This comes after Mr Trump’s permanent suspension from his favoured social media platform Twitter, shutting him off from his almost 89 million followers and 59,558 posts.

Mr Trump had faced a 12-hour ban, before being permanently removed “due to the risk of further incitement of violence” the app said.

In a letter from Apple’s App Store review team to Parler, Apple cited participants of the mob storming the US Capitol building on Wednesday.

Apple said in the letter: “Content that threatens the well-being of others or is intended to incite violence or other lawless acts has never been acceptable on the App Store.”

Apple gave Parler 24 hours to “remove all objectionable content from your app … as well as any content referring to harm to people or attacks on government facilities now or at any future date.”

The company also demanded Parler submit a written plan “to moderate and filter this content” from the app.

Parler Chief Executive John Matze said in a post on Friday Apple was applying standards to Parler which it did not apply to itself.

Those who have joined Parler include commentator Candace Owens, Trump’s lawyer Rudy Giuliani, and right-wing activist Laura Loomer, who handcuffed herself to the door of Twitter’s New York office in November 2018 to protest a ban on her by the site.

In November, conservative activist Rebekah Mercer confirmed she and her family, which includes her father and hedge-fund investor Robert Mercer, have provided funding to Parler.

Chris Fenton’s book “Feeding the Dragon” explains how to appropriate the...