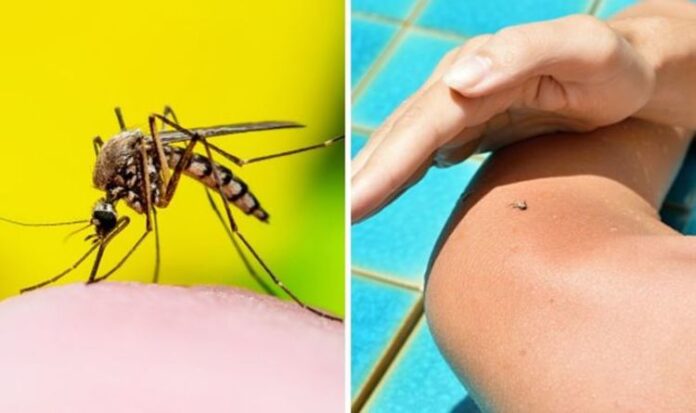 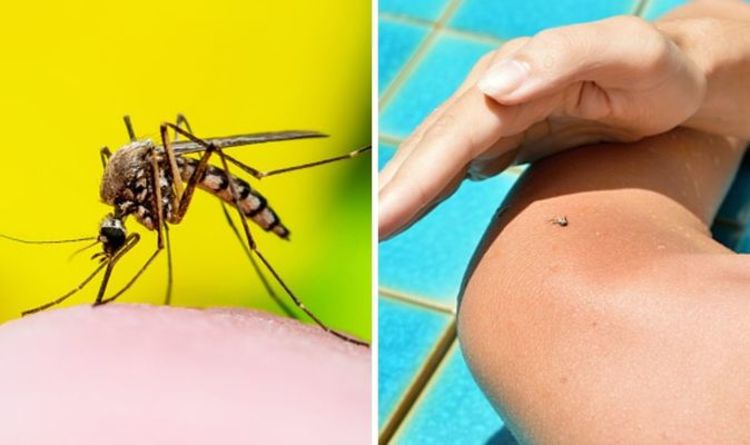 Gnats are often mistaken for mosquitos but they’re much smaller and so are their bites. Gnats are about 0.6cm long and some species of gnats bite humans to suck their blood and make eggs. The bites normally aren’t serious, but it’s better to avoid them if you can. Express.co.uk reveals how to identify, prevent and treat gnat bites.

Gnat season is upon us in the UK and these tiny flying pests are out to bite you.

Gnat bites aren’t normally serious and people rarely suffer from serious allergic reactions after being bitten, but they can pass on bacteria and cause infections.

Gnat bites often look similar to mosquito bites – according to the NHS, being bitten by a gnat usually causes small, red lumps that can be painful and very itchy, and can sometimes swell up alarmingly.

Some people may also develop fluid-filled blisters and you might notice bleeding where the gnat bit you.

The difference between mosquitoes and gnats isn’t just the size, gnats have different anatomy.

Unlike mosquitoes, gnats aren’t gifted with specially adapted tools for blood-sucking and so they simply tear your skin using the sharp parts of their mouth.

According to Push Doctor, once the gnats have broken through your skin, they spit an anticoagulant into the wound that stops the blood from clotting and allows them to feed at their leisure.

The site reads: “While gnats don’t usually carry diseases that can be passed on to people, they may pick up bacteria as they feed, which can cause serious infections if left untreated.

“The chances of this happening can be increased if the wound is reopened or made worse from scratching.

“Allergic reactions to gnat bites are rare, but some people may react badly to the anticoagulant mixture used by gnats when feeding.”

You can treat a gnat bite pretty easily, but the prevention is always better than the cure.

If you’re outside at a time of day when insects are particularly active, such as sunrise or sunset, cover your skin by wearing long sleeves and trousers.

Gnats typically bite around the face but they don’t discriminate so make sure you cover all areas of skin and wear proper closed shoes when outdoors.

Ideally, wear light clothing because some gnats are attractive to dark-coloured clothes.

The NHS site says repellents that contain 50 percent DEET (diethyltoluamide) are most effective.

Healthline recommends using a product containing oil of lemon eucalyptus instead if you want to go natural.

Avoid using any perfume or products with a strong smell as these may attract gnats and other insects.

DON’T MISS…
Vitamin B12 deficiency symptoms: Three warning signs on your feet [INFORMER]
Diabetes type 2 symptoms: Four types of pain that signal diabetes [INSIGHT]
How can you tell if it’s an Asian giant hornet and what should you do? [EXPLAINER]

How to treat gnat bites

The first thing you need to do is wash the affected area with soap and water.

Then, apply a cold compress such as a wet, cold flannel or cloth or an ice pack to the area for at least 10 minutes, especially if it is swollen.

If the area becomes itchy, apply some anti-itch or hydrocortisone cream to reduce the itchiness, redness and irritation.

You could also take an antihistamine according to the instructions on the packet.

If you were bitten around the mouth or eyes, your symptoms start to get worse or don’t go away within two weeks or your skin appears to be infected, get medical attention.

Call 999 if you are having an allergic reaction and are experiencing trouble breathing, wheezing, swollen throat, lips or eyelids, difficulty swallowing, dizziness, a rapid heartbeat, nausea, confusion or any other worrying symptoms.

Diabetes type 2 symptoms: The warning signs when you wake up...