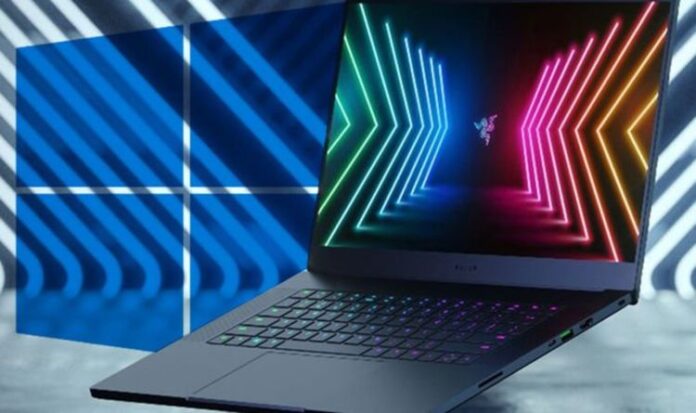 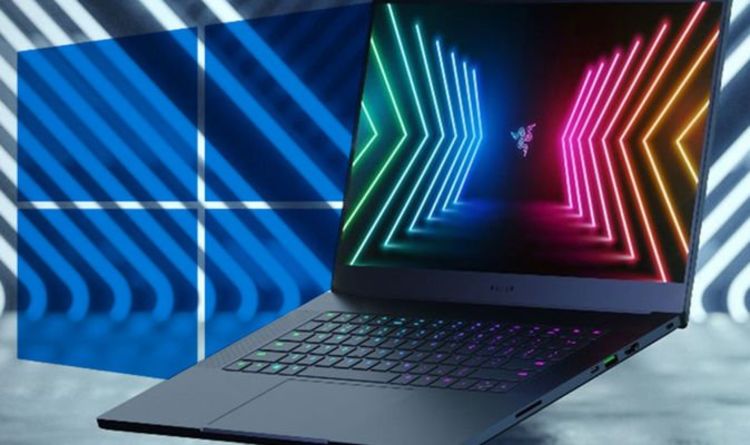 The CES technology show might have gone virtual in 2021 but that’s not stopped a swathe of new devices being unveiled including some very cool laptops. These new Windows 10-powered machines will all be launching this year and include some mighty upgrades such as pin-sharp OLED displays, improved power and speedy 5G connectivity. So, if you are in the market for a new laptop here’s what’s coming soon from Samsung, ASUS, LG, Lenovo and Razer

The Galaxy Book Flex already impressed us last year with a screen that flips to become a tablet and an S Pen tucked inside its aluminium body which allows users to scribble on the display without leaving it covered in mucky fingerprints.

Now, this popular laptop is back and this time it’s getting 5G connectivity. That means you’ll be able to head out for the day and still get blisteringly quick downloads without having to go near a Wi-Fi hotspot.

The Galaxy Book Flex2 is out next month with prices starting from £1,649.

If you’re looking for a laptop with plenty of wow factor then the new range of PCs from LG could tick all the right boxes. The Korean firm unveiled its latest LG gram machines which feature powerful 11th Gen Intel Core processors and an ultra-lightweight and portable design.

LG is also boasting that the narrow bezels and a hidden hinge design allows for an impressive screen-to-body ratio of 90 percent.

The keyboard and touchpad have also been enlarged for faster, easier typing without compromising the portability.

Along with standard models coming in 17-inch, 16-inch and 14-inch screen sizes there’s also a couple of 2-in-1 devices that can flip to transform into a tablet and also include a stylus for easy writing and drawing on the display.

Full release date and price are yet to be revealed.

Lenovo has just announced its new 14-inch Yoga Slim 7i Pro laptop which along with being ludicrously thin also now offers an OLED screen.

That means users will be treated to richer colours and deeper blacks making the viewing experience far more immersive.

Other treats include the latest 11th Gen Intel Core mobile processors, built-in Alexa voice commands, hands-free login, and Intelligent Cooling mode which should stop your lap getting too toasty.

More details on its availability will be announced later in the year.

No, you are not seeing double. ASUS is releasing new laptops in 2021 with two screens which it says will help users get more done.

This added display can be used to clear the main screen of clutter and you can also run secondary apps on it such as Twitter or Facebook.

It’s powered by the latest generation Intel Core i9 processor and NVIDIA GeForce RTX 3070 laptop GPU graphics so owners shouldn’t have any issues breezing through their daily digital tasks.

Full price and release date are yet to be announced.

Now, this is one seriously cool looking laptop that will have even the most loyal MacBook fans tempted to make the switch to Windows 10.

Samsung has just teased its new laptop that features a technology dubbed the Blade Bezel.

This clever screen has the web camera hidden underneath the glass which means Samsung is able to get rid of the bezels completely.

It looks incredible although there’s currently no word on when a laptop with this fully edge-to-edge display will be revealed. Let’s hope it’s sooner rather than later.

If you want a laptop for gaming then check out what’s coming next from Razer. The tech firm has just revealed its next generation of 15 and 17-inch portable PCs and there are some pretty epic upgrades.

Along with being more powerful, thanks to NVIDIA, the laptops are now available with new display options with higher refresh rates and higher resolutions. In fact, you’ll soon be able to pop one on your lap with an Ultra HD OLED panel for the ultimate visual experience.

Despite packing all this new tech inside, Razer has managed to keep the slim-line design with the new Blade Pro 17 remaining one of the thinnest 17-inch gaming laptops on the market