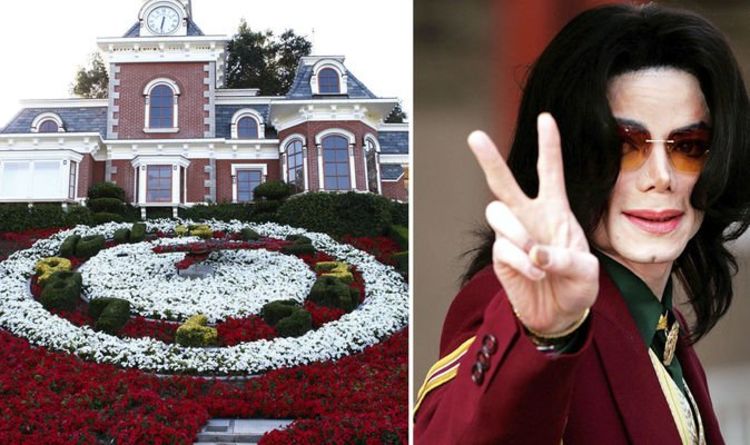 Michael Jackson: Devastating reason he REFUSED to return to Neverland in final years

Neverland was Jackson’s playground and refuge. Despite how years and years of allegations and accusations have tarnished his reputation, the star undeniably had an obsession with childhood. Neverland is a child’s dream, full of funfair rides and statues of the eternal boy, Peter Pan. Even the gates are embossed with the words ‘Once Upon A Time.’ But one day, years before his death, the magic died for Michael Jackson.

Bill Whitfield and Javon Beard served as Jackson’s security team from December 2006 right up to his untimely death in June 2009. They had remarkable access to the man behind the myths and revealed the sadness and isolation of the idol’s decline.

Jackson spent his last years travelling the world and living out of hotels. The most famous image in from November 20, 2002, when he shocked the world by dangling new born son Blanket over the balcony of his hotel in Berlin.

Apart from work commitments, why did he not base himself at Neverland anymore?

It was undeniably connected to the increasing and relentless investigations into his friendships with children and their stays at Neverland.

Whitfield and Beard said: “After Santa Barbara sheriffs ransacked Jackson’s Neverland mansion in 2003, he declared that he could never live there again; it was no longer a home where he felt safe.

“Five years later, in 2008, the estate was exactly as the sheriffs had left it: drawers ransacked, furniture overturned, everything gathering dust.

“Jackson and his children spent the remaining years of his life living in hotels and rented homes.”

The police raids in 2003 and 2004 were the beginning of the court cases and charges that would tarnish the rest of Jackson’s life and his memory after his death.

In 2000 he befriended a young boy, Gavin Arvizo, who was battling cancer. In November 2003 Arvizo told police that Jackson had molested him several times at Neverland in February and March of that year.

On November 18, police searched Neverland while Jackson was in Las Vegas with his children. The star was arrested on November 20 and on December 18 was charged with seven counts of child molestation and administering intoxicating substances to a minor.

A grand jury in April 2004 added charges of false imprisonment and child abduction and Neverland was raided again in December 2004.

In Januray 2005 the trail went to court in Santa Barbara and became the focus of worldwide attention and outcry.

Jackson was acquitted of all charges on June 13.

Although the most shocking and detailed series of allegations of all would be made after the star’s death, the remaining four years of his life were overshadowed by speculation and accusations and Jackson’s magical idealistic Neverland had come to represent the opposite of why it was created.

Lauryn Hill heartbreak: Did Lauryn Hill give up singing? What happened...