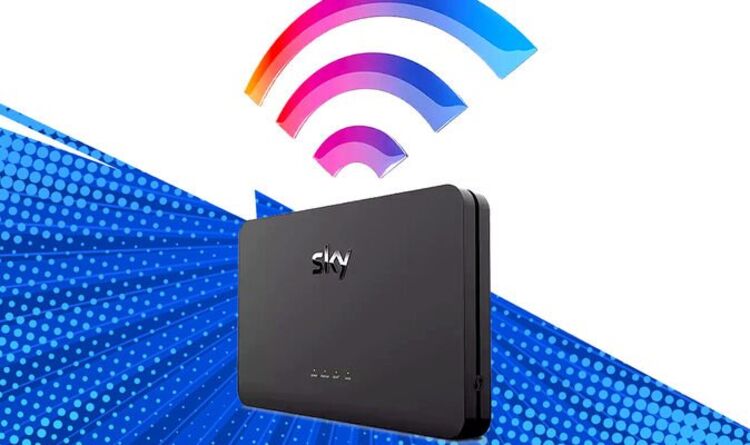 Sky Broadband has launched a new Gigafast plan, with download speeds of 900Mbps – that’s 12x faster than the average home broadband connection nationwide. This new broadband plan is only available to those with a full-fibre connection to their home. BT-owned Openreach, which installs and manages the broadband infrastructure across the UK used by Sky Broadband, has connected more than 6 million homes to this next-generation internet cable, with plans to reach 25 million premises by December 2026. You can check to see whether your street has been upgraded to faster full-fibre speeds here.

For those who don’t know, 900Mbps is a phenomenally fast connection. For context, Netflix only requires a minimum of 15Mbps for its highest picture quality, 4K Ultra HD. Of course, if you have a busy household with multiple people streaming boxsets on Netflix, making WhatsApp video calls, downloading software updates to their devices, and backing up photos to the cloud …all of these relatively small bandwidth requirements can quickly add up. However, 900Mbps should be more than fast enough for homeworkers, online gamers, and boxset bingers to never come across a buffering animation.

Better yet, with its latest plan, Sky Broadband will guarantee download speeds of at least 600Mbps. If your broadband connection doesn’t meet that threshold, you’ll be eligible for a refund for that month, Sky says. The new Gigafast tier is available from today (April 6) for both new and existing customers.

Sky Broadband is charging £55 a month for Gigafast, which is roughly in line with its closest competitors.

BT Broadband charges £54.99 a month for its Full Fibre 900 plan, which unlocks the same download speeds (although BT boasts a slightly more ambitious speed guarantee of 700Mbps), but TalkTalk’s Future Fibre (900Mbps downloads) still manages to beat both with a £49 price tag. Virgin Media costs a little more, with prices around £62, but it offers even faster downloads (up to 1,130Mbps) and is available to 15.5 million customers nationwide as the company operates independently of the Openreach network.

If you want to compare the latest broadband prices, check out our in-depth guide to the best broadband deals in the UK today. Or find the best Sky TV deals to see whether you could unlock savings by bundling your new broadband plan with a Sky Q box.

However, disappointingly, it only offers Wi-Fi 5, instead of the newer Wi-Fi 6 standard, which unlocks faster wireless speeds and better management when juggling dozens of devices. For those who have video doorbells, smart lightbulbs, smart thermostats, smart speakers in every room, and all of the usual gadgets, Smart TVs, consoles, smartwatches and more under the same roof …that newer standard is hugely useful.

There’s a big reason to own a Google Home despite launch...