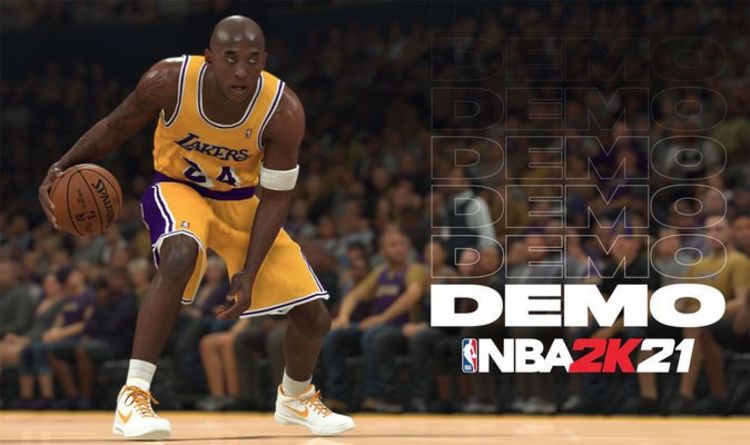 The good news is that the NBA 2K21 demo release date has been confirmed for this week for all current-gen consoles.

This will give gamers their first taste of the new NBA 2K experience, although it will come with drawbacks.

For one, it will only offer a slice of gameplay options that will be available in the full game, the other being that it will only feature the current-gen version of the game.

So there’s a chance of a second NBA 2K21 Demo going live for PS5 and Xbox Series X later in the year.

For now, we only know about when the NBA 2K21 demo will be releasing on PS4, Xbox One and Nintendo Switch.

WHEN DOES THE NBA 2K21 DEMO COME OUT?

The official NBA 2K21 launch time has not been announced yet but we do have a rough idea on when things might start happening.

According to reports online, the NBA 2K21 release time has been set for 5am BST, or midnight ET, if you live in the United States.

It seems likely that the demo will be going live on the PlayStation Store, Nintendo eShop and Xbox Store at the same time, but it will also be worth checking the various digital storefronts to make sure.

From what has been shared so far, gamers will not need to pre-order the full game to have access to this new demo.

A message from 2K explains: “You’ll have the opportunity to check out how the game plays for yourself when we release the NBA 2K21 demo on August 24 for PlayStation 4, Xbox One and Nintendo Switch!

“This upgrade has now made its way onto the defensive end with signature defensive motion styles. Here’s the list of players you can model your player’s movement after: Russell Westbrook, Giannis Antetokounmpo, LeBron James, Kawhi Leonard, Pat Beverley, Andre Iguodala, and Draymond Green.

“In addition to this, movement has undergone several refinements, both with the ball and without, to provide a more consistent and responsive feel on the sticks.”

It should be noted that the NBA 2K20 demo went live at around 8am, PST in 2019 across all platforms.

2K has yet to confirm the list of activities that will be available in the new NBA 2K20 demo, or if there will be early access to the MyCAREER Mode.

Last year’s demo made it possible so that any progress made while playing the NBA 2K20 Demo would pass over to the full version when it launched in September.

Some years, 2K have released its latest NBA game with the name “Prelude” attached, as it also provided a first look at the career story mode.

This year’s demo doesn’t have that title, meaning we probably won’t get the same look at the narratives being worked on.

2K has been busy talking about the new MyTEAM experience that will come with the full game, revealing earlier this month:

“For those of you who start your NBA 2K21 MyTEAM experience with the launch of PS4/Xbox One on September 4, I am excited to confirm that your entire collection AND progress will carry over once you start playing the next generation version of the game.

“This means you will have access to all of your pulled and earned cards (and any evolution progress associated with them), your progress in Domination, Triple Threat, etc., and your entire balance of VC, MyTEAM Points, and Tokens.