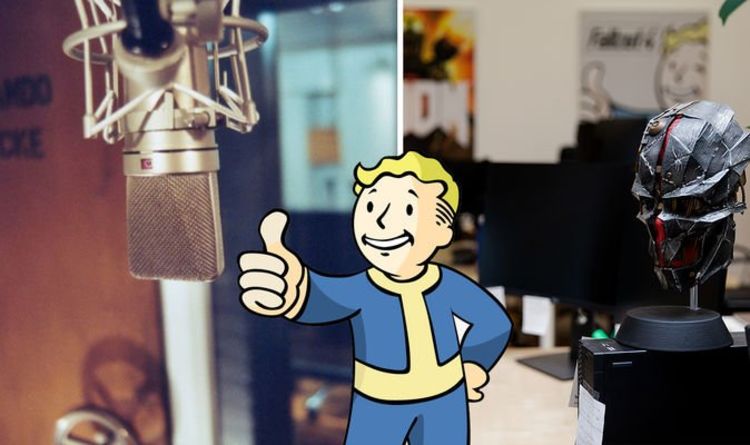 Voice acting in video games is becoming an increasingly large and complex job.

Huge role-playing games and open-world adventures feature thousands of lines of dialogue and require dozens of actors to bring it to life.

Believe it or not, this is the easy part.

Once the script is written and the lines are recorded in the game’s native tongue, developers need to start thinking about doing it all over again, only this time in about a dozen different languages.

Founded in 2012 – although the roots of the company go back even further – Synthesis is video game localisation company based in Germany.

The company translates video game texts and produces voice recordings primarily in German, although other languages are also supported.

“Our objective is to offer players the exact same experience they’d have if they were playing the original – just in German,” the company explains.

“As a Keywords Studio, we also work with outstanding studios around the world to localise your games into other languages, too.”

Synthesis has worked on blockbuster games such as Fallout 4, Dishonored, The Witcher 3: Wild Hunt and The Elder Scrolls 5: Skyrim.

With video games only likely to get bigger with the release of the next generation of consoles, Express Online spoke to Synthesis Head of Translation Jan Werkmeister about the new challenges the studio will face on PS5 and Xbox Series X.

“I don’t think there are any major changes to be expected,” a Synthesis spokesperson told Express Online.

“Theoretically, new recording setups (adding a room sound mic to the regular direct one that is currently being used) could be introduced based on the enhanced surround sound capabilities (including voices) of the new consoles.

“I suspect the most prominent effect on the localization industry will be a peak of workload due to the new games produced for next gen, as it has been for every new console generation.

“The level has raised again, so we will likely see even more sophisticated render scenes in need of high class voice acting and we will see an increase of size due to more complex games – more to translate and more to record.”

Fans will get a taste of the new localisation techniques when next-gen consoles launch in November.

The Xbox Series X, for example, has a November 10 worldwide release date. This will be followed by the PS5 just a few days later on November 19.